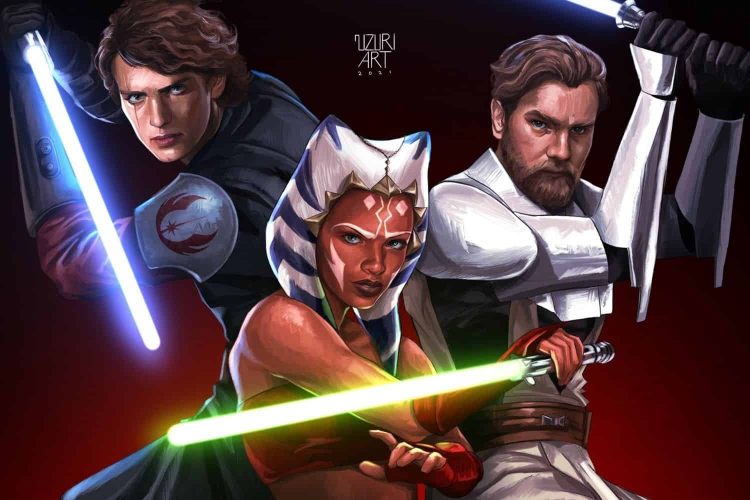 Hayden Christensen's return to Star Wars may have been predicted by a comic book. Image credit: Twitter @uzuriartonline

After it has been announced that Christensen will be joining the cast of Dinsey+ and Lucasfilm’s Ahsoka, speculations have been made that his return has been set up by Star Wars comics.

Since Anakin Skywalker is the Chosen One, he was always destined to bring balance to the Force. But according to Lucasfilm, they have never really been clear on what this means. But it appears to involve the destruction of both the Jedi and the Sith, with an opportunity for the galaxy to start again.

Perhaps Christensen will return as a Force Ghost

Since Anakin Skywalker’s story ended on the second Death Star, it came as a surprise to hear of Christensen’s return. Ashoka is set five years after the events of Return of the Jedi. And fans have been deliberating how Skywalker will feature. Will it be a series of flashbacks? Or perhaps Anakin Skywalker will return as a Force Ghost.

The Force Ghost theory has been the one to stick, as it is believed that IDW’s Star Wars Adventures: Ghosts of Vader’s Castle could have been the inspiration. ScreenRant explains:

“The book sees Darth Vader’s old servant Vaneé attempt to resurrect his master through the dark side, but fortunately, the people he has tricked into heading to the planet Mustafar are guided at the right moment by the shimmering blade of a lightsaber shining in the Mustafarian mists. In a delightful twist, it’s ultimately revealed to be Anakin Skywalker’s Force Ghost.”