Philip Schneider and Hilary Swank are expanding their family. The actress recently made the announcement on Good Morning America. 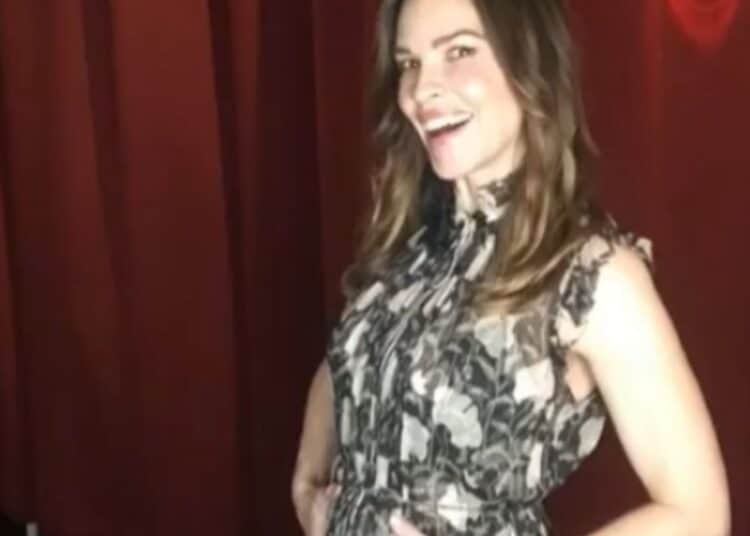 Hilary Swank recently announced that she will becoming a mom for the first-time. Photo: Instagram/Hilary Swank

Hilary Swank will be a first-time parent of not just one but two children. In a recent appearance on Good Morning America, the actress shared the details of her pregnancy.

Right now, Hilary Swank is well into her first trimester with her husband Philip Schneider. While the actress had previously been married, this will be the couple’s first time being parents.

In her announcement, Hilary Swank shared her excitement about becoming a first-time parent, not just to one but two children.

“This is something that I’ve been wanting for a long time and my next thing is I’m gonna be a mom. And not just of one, but of two. I can’t believe it,”

The actress also shared her relief at being able to talk about her pregnancy publicly. Hilary Swank noted that production on her new project called Alaska Daily did not know that she was pregnant until now.

“It’s so nice to be able to talk about it and share it.”

As shared by People, Hilary Swank had previously married Chad Lowe from 1992 until 2007. It is not clear why the couple went their separate ways.

Presently, Philip and Swank previously met when their friends organized a blind date for the pair. After dating for a year and a half, Philip Schneider popped the question on a vacation in Colorado.

.@HilarySwank is going to be a mom of TWO!

Opening up about the special day, Hilary Swank noted the romantic effort of Philip to make sure her dogs were part of the special moment.

“It had a stunning waterfall that cascades down to rustic cabins built in the 1800s surrounded by beautiful pines and big skies. One evening, Philip dropped to his knee in front of the waterfall and proposed—he sweetly made sure my dogs were nearby so they could bear witness!”

Following their private engagement in 2016, Hilary Swank and Philip Schneider tied the knot in an intimate ceremony back in 2018.