Tom Pelphrey and his girlfriend Kaley Cuoco took to Instagram on Tuesday to share they’re becoming parents! See the gender below. 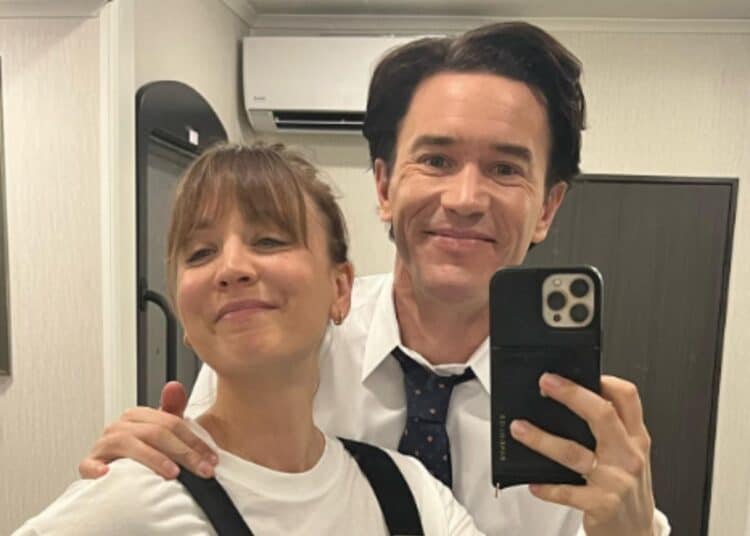 Kaley Cuoco made a life-altering announcement on her Instagram this past Tuesday. The actress shared a big new role she will be playing next year.

Actress Kaley Cuoco becomes a parent for the first time

After meeting Tom Pelphrey at the premiere of the final season of Ozark, Kaley Cuoco described their meeting as “love at first sight”. A few months later, the couple announced that they were becoming parents.

“I met Tom this year, and I took a long time to kind of look within myself and realize I need to figure stuff out and did a lot of therapy and self-reflection. Met Tom at the right moment.”

While the actress had been married before, she didn’t bare any children in her marriage. This will be Haley Cuoco and Tom Pelphrey’s first child.

To date, the couple had met in April at the premiere of the actor’s series Ozark. They had been together since then and shared that their baby will be due in 2023.

In an Instagram post, Kaley Cuoco shared an image of herself and Tom Pelphrey. With a caption stating that they will be having a baby girl.

“Baby girl Pelphrey coming 2023. Beyond blessed and over the moon… I love you @tommypelphrey”

Among other things, Haley Cuoco also shared a life-threatening incident in a new book called The Big Bang Theory: The Definitive.

In an extract of the book, the actress noted that she almost faced her leg being amputated in a horse riding incident. The actress shared that at one point the horse got spooked and fell right onto her leg. Haley expressed that she sought medical attention with the doctors gave her a health scare.

“Before I went into surgery, they made me sign something that said, ‘We don’t know until we get in there and see this leg, and it could come out that you don’t have it anymore’.

She continued, “Everything ended up fine, and I was up and working a week later, but the doctors acted like I was never going to walk again. It’s still too much for me to go into, and it sounded way worse than it was.”