Kehlani graces the stage in South Africa for the first time

South Africans had the treat of seeing Kehlani perform on stage for the first time at Rocking The Daisies. 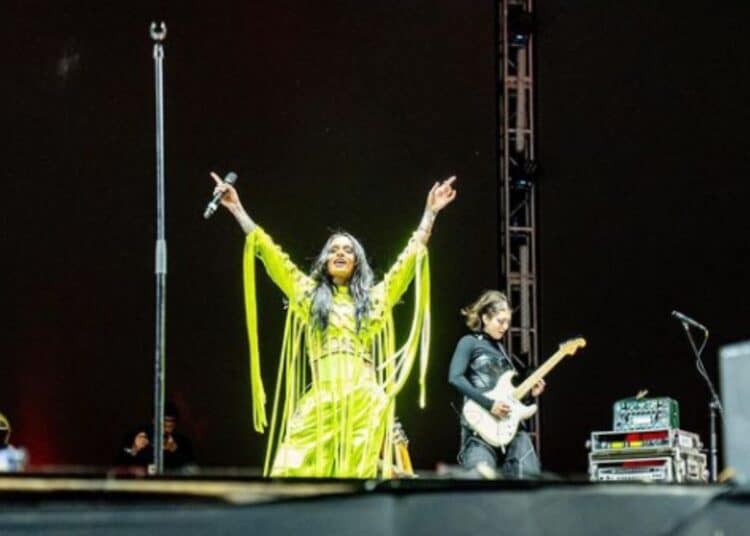 Kehlani performed in South Africa for the first time for the Rocking the Daisies festival. Photo: Instagram/rockingthedaisies

Kehlani recently rocked the worlds of many South Africans after her performance at the music festival Rocking The Daisies.

2022 marked the first time the Rocking The Daisies music festival has returned since the pandemic came into existence in 2020. This weekend, it seemed that the wait was worth it after Kehlani took to the stage.

According to Briefly, just moments after the singer came on stage, the name Kehlani quickly started trending on Twitter following the singer’s extravagant performance.

While Rocking The Daisies came back for the first time since 2020, this is not the only thing that was special about the festival. This comes as Kehlani performed in South Africa for the very first time. The singer has never performed in Africa itself.

Thus far, Kehlani performed her most popular hits such as Nights Like This, and Hate The Club. During her performance, fans got a little wild after the singer got off the stage to walk close to the crowd.

Right now, South Africans have given Kehlani all the love they can give as they hope that the singer will be making her way back to South Africa soon.

Presently, the singer is on her Blue Water Road Trip tour which has taken place in North America, the UK, Australia, and most recently South Africa. The singer added additional tour dates in South Africa this past June.

Now, given that the response to the singer was largely positive, I’m sure we can expect her to come back to South Africa in the future. Rest assured, this will not be the last time we see Kehlani in Mzanzi.

Among some of the greatest performances, Uncle Waffles, Nasty C, and Culoe De Song were among the many artists who took to the stage this past weekend. See the Rocking the Daisies page for the festival recap.

See what social media has been saying about her performance.

POV: i thought i could keep it cool and collected but Kehlani gave me shook me to my damn core😭😭😭 pic.twitter.com/ucwMLohebU

Another angle of Kehlani performing “hate the club” last night at the Rocking Daisies Festival in Cape Town, ZA.

Konate reflects on defeat to Arsenal