Netflix Rumours – Will there be a fourth “The Kissing Booth”?

As fans of the popular movies voice their need for a fourth chapter, the question is will Netflix agree on making The Kissing Booth 4? 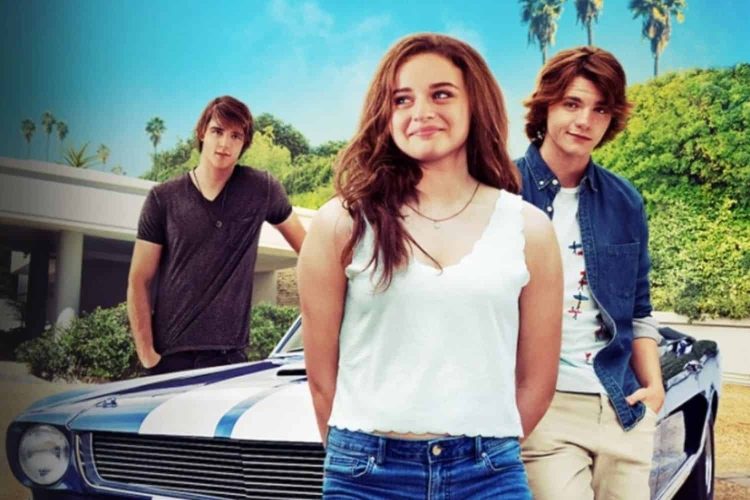 Netflix Rumours - Will there be a "The Kissing Booth 4"? Image: Netflix

The third film of The Kissing Booth series was released in August 2021 and according to Netflix, it was the final film of the series. Fans of the popular movies, however, feel that the third film was a bit of a letdown and didn’t give audiences the ending they and the characters deserved.

In The Kissing Booth 2, fans were left on a cliffhanger as Elle (Joey King) had a hard time deciding between colleges. She could either go where Noah (Jacob Elordi) suggested, or she could join her best friends Lee (Joel Courtney) at the University of California, Berkely.

However, when The Kissing Booth 3 was released, fans were disappointed by how it all turned out.

It turns out Elle doesn’t go with Noah or Lee, but instead, she chooses herself and study’s video game design at USC. Now, this wasn’t the disappointing part – a girl should go after her own dreams! But what didn’t sit quite right with the fans of the third movie, is the time gap.

Audience members were left in the dark a bit as to what happened to Elle during the time jump. And the movie ends by jumping to “six years later” while Elle is developing her own game.

Lee and Rachel reunited and got engaged after college, and Lee and Elle are still close. Meanwhile, Noah and Elle see each other for the first time after their breakup and Noah reveals that he received job offers from law firms in Los Angeles and New York. But whenever he’s back in town, he and Elle should go for a motorcycle ride. Elle agrees and they part ways – looking back at each other.

The biggest problem fans of the films had was that they didn’t get to see Elle’s college experience. Choosing the perfect college and actually getting in is a big deal and the main storyline for most of the main characters.

So, fans felt it was a bit “skipped over” and disappointing that they couldn’t be a part of Elle’s amazing experiences.

After dealing with the disappointment of the third movie, fans came up with a great idea – The Kissing Booth 4!

And although there is no confirmation yet, viewers are expecting that the film will be in a flashback style of Elle’s college life.

Now the question is, will Netflix ever fix The Kissing Booth’s plotline so that the fans can get closure?

The Best Beaches in Cape Town