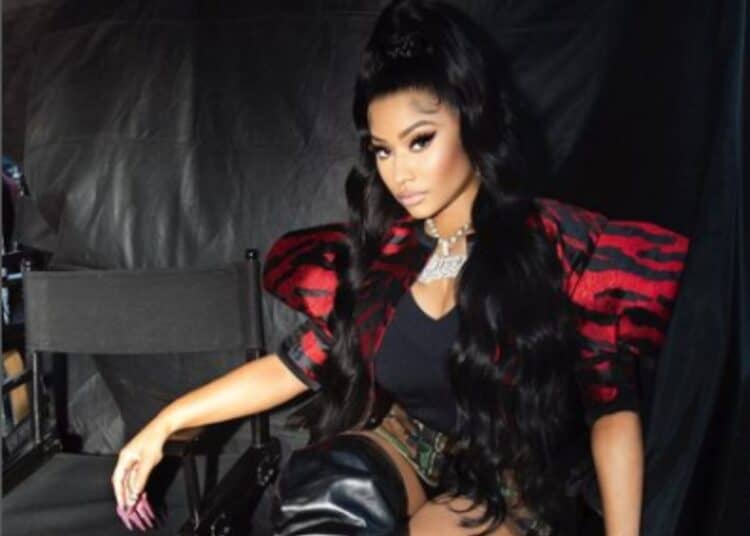 Nicki Minaj is not standing by being snubbed for a Grammy nomination.

Taking to Instagram, Nicki Minaj expressed her frustration with her rap song Super Freaky Girl being moved to the pop category.

Nicki Minaj gets snubbed at the Grammy’s

However, it is evident that Nicki Minaj is not happy with this change. As this would mean that she competes with singers such as Adele, Harry Styles, and many other pop singers in the music industry.

As a result, Nicki Minaj feels that she doesn’t stand a chance at winning in the pop category. Since her song is ultimately a rap song. The rapper also took to Twitter to share her thoughts.

“Now what do you think is gonna happen when they start voting on these pop categories? And it’s a bunch of people, white or wherever they’re from, or older, and they have to decide between Nicki Minaj and Harry Styles, or Nicki Minaj and Adele? That’s purposely designed so Nicki is not in the (rap) category that we don’t want any competition in. Put her in there (in pop) so she has more competition and less of a chance to win.”

Presently, Super Freaky Girl is sampled from 1981 hit Super Freak by James Frank. In some sense, it may be difficult to differentiate this from a pop song. Since the beat is associated with a previous pop song.

Thus far, Super Freaky Girl landed in the number one spot earlier this year. This comes just weeks after its release. The rapper also performed the song at this year’s Billboard Music Awards. Right now, there is no telling where this will land the rapper at the next Grammy’s.