Taylor Swift previously teased a collaboration with Lana Del Ray on Midnights. However, fans didn’t get it. 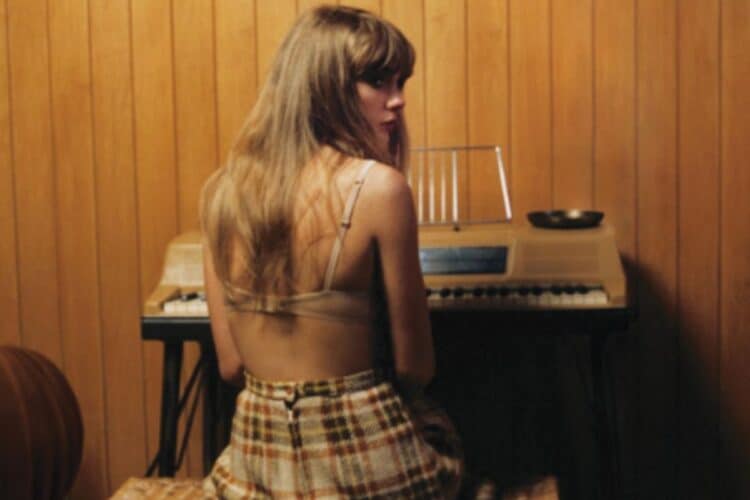 Taylor Swift has released her long-anticipated album Midnights after teasing it for an entire month.

In the days leading up to her 10th studio album release. Taylor Swift teased a number of her tracks on her album in a TikTok series called Midnights Mayhem with me. Each episode revealed the name of a song on the album and sometimes the significance behind it.

While detailing the significance behind the entire album, Taylor Swift previously shared that the album is an accumulation of things written “in the middle of the night” and “a journey through terrors and sweet dreams. The floors we pace and the demons we face.”

Presently, Midnights fits a lot of the tracks and actually encapsulates it in many of the songs in the album. As Taylor Swift takes a few jabs at some experiences she has endured in the past, including her split with Joe Alwyn.

However, fans have quickly expressed their disappointment in her collaboration with Lana Del Ray. Her song Snow on the Beach should have included the singe but fans didn’t get to hear a solo verse in which Lana Del Ray sings.

Thus far, Taylor Swift fans have received the album well so far as the reviews are mostly positive. Some responses have rather been emotional, as the singer delved into her inner self as she always does.

Her songs such as Karma and Bejeweled are some of the more upbeat songs which are rather triumphant in the lyrics as the singer writes, “Karma is the breeze in my hair on the weekend”

To unpack to lyrics of her song, Billboard has taken the liberty to give their thoughts on each track on Midnights should you wish to have a perspective on her songs.

Now, Taylor Swift didn’t need to release another album this year given she re-recorded her Red album. This saw the singer create a short film on her song All Too Well, which referenced the scarf her ex-boyfriend Joey kept and never gave back to her. The relationship has been over for years now but the singer still finds some significance to the scarf she never got back.

Listen to the album below.