In a series of TikTok's called Mayhem Midnights with me, Taylor Swift slowly revealed the names of her different tracks. 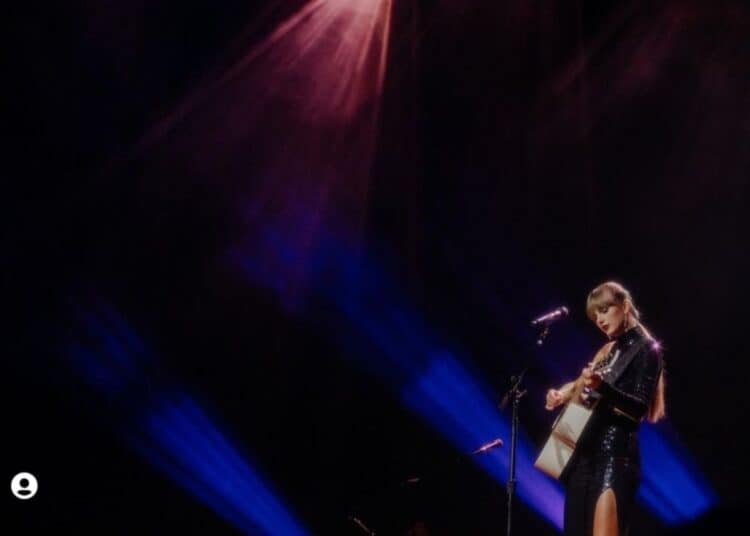 Taylor Swift is days away from releasing her new album Midnights and new details have emerged about the album.

Midnights Mayhem with me comes to a close

Right now, Midnights is one of the albums that is particularly close to the singer’s heart. As she previously explained the significance of her album at the Billboard Awards earlier this year.

“This is a collection of music written in the middle of the night, a journey through terrors and sweet dreams. The floors we pace and the demons we face. For all of us who have tossed and turned and decided to keep the lanterns lit and go searching – hoping that just maybe when the clock strikes twelve… we’ll meet ourselves.”

In a series of TikTok’s, Taylor Swift slowly revealed the tracklist to her album. However, the biggest reveal of all is that Lana Del Ray will feature on one of the tracks on Midnight.

Yesterday, the last TikTok in Mayhem Midnights with me, Taylor Swift revealed the final track on Midnights called Snow on the beach. The singer further noted that Lana Del Ray will be on the song.

According to Hello Magazine, Taylor Swift will also be sharing some rare insights into her relationship. With her long-term boyfriend Joe Alwyn. The relationship which has been kept notoriously private has formed part of bizarre conspiracies and assumptions over the years.

While speaking on the song called Lavender Haze, Taylor Swift noted that it’s a term she stumbled across in a film called Mad Men, which meant being in love. She shared how she needed to ignore what the tabloids were saying in order to “protect the real stuff”.

“Like my relationship for six years we’ve had to dodge weird rumors, tabloid stuff, and we just ignore it and so this song is about the act of ignoring that stuff, to protect the real stuff. I hope you guys like it.”