The first look at the poster for Super Mario has been released this past Tuesday. Now, we get to see the teaser trailer! Watch it below. 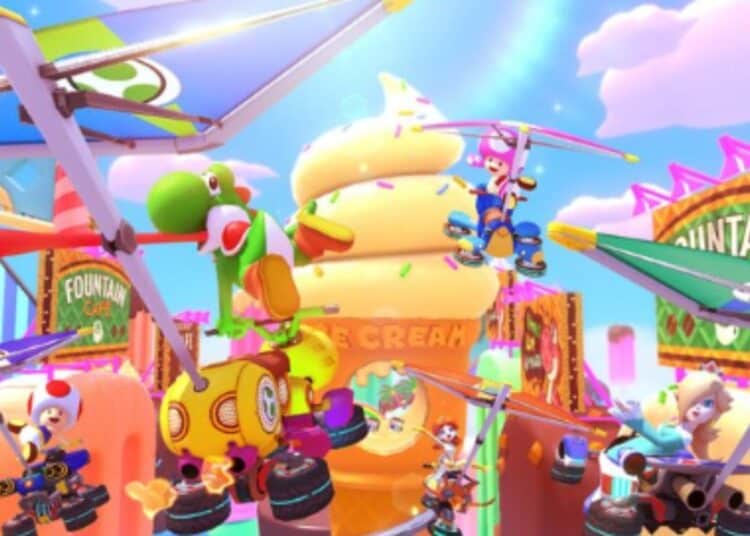 Pictured above is an image from Mario Kart. Photo: Twitter/Super Mario UK

The Super Mario Bros. film is something to look forward to since its first adaptation in 1992. Now, fans of the beloved game cannot wait to see what the film will look like.

The cast of The Super Mario Movie

This past Tuesday, the official poster for the film has been released, and this gave fans a first look into what the film will look like. At least just a snippet.

Right now, it would be interesting to see what the production company will do with The Super Mario movie. Which had its first adaptation in 1992. Since technology is more advanced today, the new film couldn’t disappoint in terms of graphics.

In the midst of all the excitement, fans have also raved at a possible leak that an employee from McDonald’s had previously shared. However, it is safe to say the image posted was not verified.

This past Wednesday, fans have been scouring the net for possible information on The Super Mario film. Luckily though, fans won’t have to wait too long as the day has finally arrived for the teaser trailer to be released.

Closer to its release date, fans should get a more in-depth look at the film with an official trailer sometime next year. In the meantime, the synopsis reads, “A plumber named Mario travels through an underground labyrinth with his brother Luigi, trying to save a captured princess.”

Horoscopes and Lucky Numbers for 7 October 2022