I'm diabetic. When your sugar is out of whack, which happens quite often, you don't think clearly.

by Doctor Mahlaule
in Entertainment 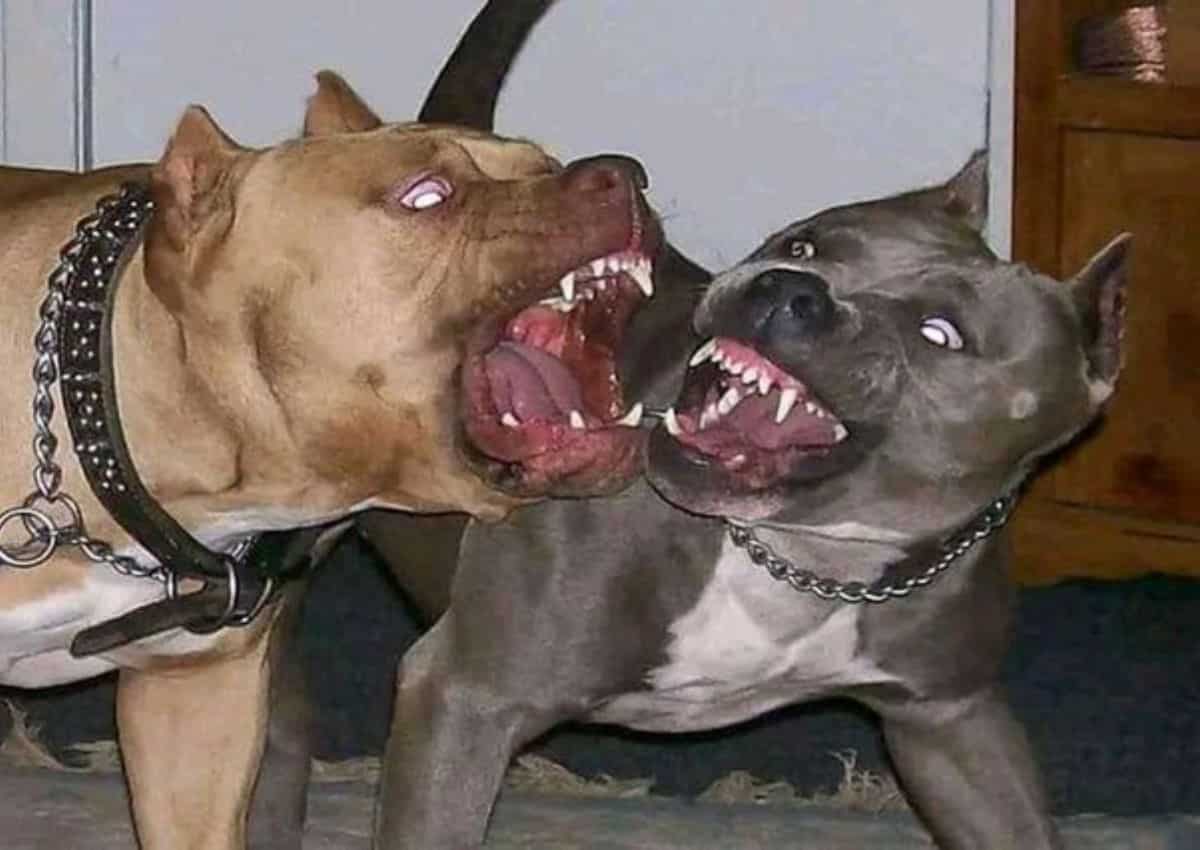 Two vicious pit bulls barking at each other. Photo via Twitter: @MDNnewss

The SA Human Rights Commission (SAHRC) is investigating a voice note in which an alleged racist woman, opposing the banning of pit bulls, launched a scathing attack on black people in South Africa.

The woman from Benoni, whose voice note went viral after she said the black man must be banned, killed and shot, while black women must have their uteruses and ovaries cut out so they do not reproduce, all in the name of protecting pit bulls, has blamed her outburst on her diabetes levels.

The voice note began circulating on social media on Wednesday after it was leaked from a WhatsApp group called “Pit bulls be my voice”.

The racist woman was allegedly identified by TimesLive as 60-year-old Belinda Migor, the owner of JCS Office Support, a bookkeeping company in Benoni.

In her one-minute, seven-second rant, Migor said: “Estelle, I agree with you wholeheartedly. What I say is: ban the black man. They rape, the steal, they kill, worse than any pit bull could, and they get away with it. Ban those who are making the laws, ban Ekurhuleni, ban the black man.

“Get all the black women and cut out their uteruses and their ovaries so that they can’t procreate, because they will all turn out the same because they are all the same.

“I’m very passionate about this. Ban them, kill them, shoot them, get rid of them because they are the problem- not pit bulls, not animals. Animals are beautiful, and they deserve a warm bed, food, love, attention and everything else. God created those animals. Who created the black man? Do you think God? I don’t think so.

When questioned, Migor denied sending the voice note and said her name was Bella Walker.