Adele is notoriously known for being very private about her relationships and personal life. 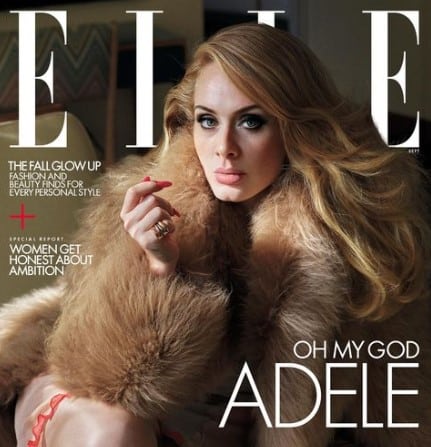 The latest edition of Adele with Elle will be available on August 30. Photo: Instagram/adele

But, the singer got candid about relationships with Elle Magazine.

Adele barely shares anything about her life on social media apart from some vague snaps in different places. But, the singer recently opened up about her relationship with Rich Paul and the previously canceled Las Vegas Residency.

Singer Adele dishes out on her love life

Recently, Adele shared some insight into what’s happening in her relationship with Rich Paul. The singer was previously believed to be engaged to the sports agent but the singer recently set the record straight.

Speaking to Elle Magazine, Adele revealed that she is not engaged to Rich Paul. The singer explained why she has been wearing a ring on her finger and what it means.

“I definitely want more kids, I’m a homemaker and I’m a matriarch, and a stable life helps me with my music. But right now, all I got in my brain is Vegas.”

Speaking of her Las Vegas Residency, Adele found herself canceling the show as the stage and everything else was not on par. Evidently, the star didn’t go through with the concert that felt half-baked.

“I’m so sorry but my show ain’t ready,” she said. “We’ve tried absolutely everything that we can to put it together in time and for it to be good enough for you, but we’ve been absolutely destroyed by delivery delays and COVID.”

However, the singer recently announced the new Residency dates as fans have been waiting in anticipation to see Adele again. Fans previously expressed their frustration with the concert being canceled as well as being unable to receive their refunds immediately.

Eskom implements load shedding from Tuesday with possibility of extension