Love in the villa: The Netflix film delivers the cliche of relationships

Love in the villa was recently released on Netflix and the film delves into the typical theme of ‘don’t go looking for love’. 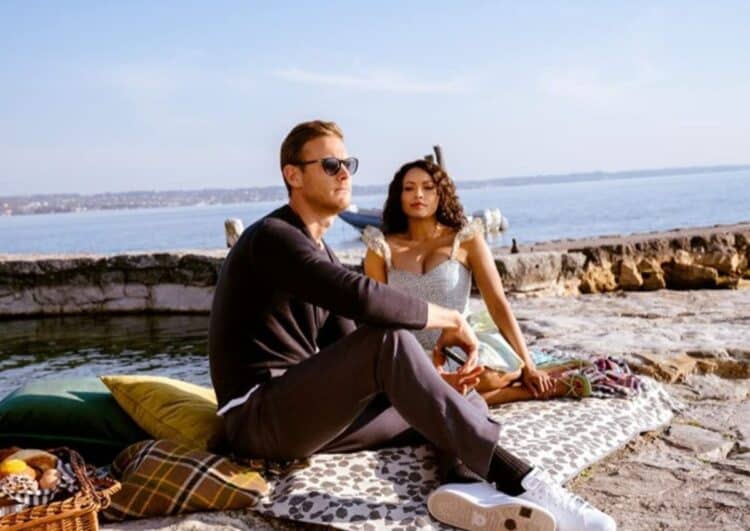 Love in the villa is now available to stream on Netflix. Photo: Netflix

Love in the villa probably depicts many other themes in movies that have come before and it’s certainly not the last one to delve into failed relationships. However, there’s always room for another.

Presently, the film centers on two individuals who go on a solo adventure and find one another in a villa that has been double booked. Love in the villa quickly takes off as this event foreshadows the event to take place.

Now, Julie is first introduced to the audience when she plans a trip with her significant other. However, things take a turn when he suddenly changes his feelings towards her. Which ultimately means he decides not to go on the trip with her.

Sadly, Julie had created a whole booklet on the plans for the two of them and the trip quickly becomes a lonesome journey. But, things get worse when she is faced with a turbulent trip to Europe.

As if a breakup is not bad enough, Julie finds herself in a plane with a crying baby and a completely ruined flight. The terrible trip only foreshadows what is about to happen next. Ultimately, Julie will end up finding Love in the villa.

Julie finds love in the villa

After a hectic ride in an uber, Julie quickly finds that she has an uninvited guest in the villa she booked for the week. However, it seems that Charlie also booked the villa for the week and it’s all thanks to the apartment owner Emilio.

Quite calmly, Emilio casually enters the villa as if nothing is wrong and suggests that Julie and Charlie share the villa. Since things did not turn out the way that they had hoped, the pair decided to turn to cunning plans in an attempt to get each other out of the apartment.

But, as predicted, the plans did not go as planned as Charlie and Julie end up falling in love with one another and exploring Europe together in the end.  This encompasses the tale of finding love in the villa.

Megan Thee Stallion shows off her acting skills in  She-Hulk