RHO Cape Town: Thato and Beverly confront each other at dinner

The RHO Cape Town is officially six episodes in and the ladies have been going at each other's throats for crossing boundaries and disrespecting one another. 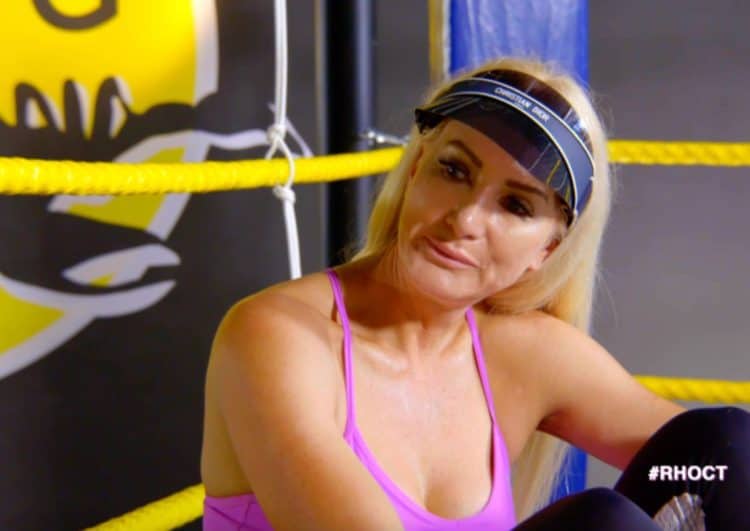 Beverly is currently in hot water with Thato and Camilla. Photo: dstv.com

RHO Cape Town is setting the screens on fire as the ladies didn’t know any way to put it out this past Sunday. Here’s what went down in episode 6 recently.

The ladies cook up a storm

While things started off on a good note with the ladies arriving for their getaway, Thato and Rooksie quickly found themselves in hot water after going to use the restroom at Camilla’s home.

The drama seemed to follow the ladies right into their weekend getaway. As Thato rubbed Camilla the wrong way when she took a tour of the house. When Camilla expressed she would do so the next day.

So far, it seems that everything was a little bit of a misunderstanding. As Thato and Rooksie just went and used the loo. Apparently, Camilla’s daughter Rosie showed them the way. But, Camilla thought it strange that the ladies took an alternate way.

Right now, the only drama-free person on RHO Cape Town is Rushda. Who found herself quietly witnessing the chaos that took place around her. However, she didn’t seem too impressed when she didn’t get a key to a room.

But, before we drift off from the real issues, let’s talk about Beverly and what she did previously. Quite frankly, Bev is not too happy about her actions after Camilla confronted Thato about touring her house.

In a previous episode of the RHO Cape Town, Beverly thought it appropriate to burn sage in Camilla’s home and unfortunately, this deed came to the surface after Thato felt Camilla’s anger was more directed at something else that took place in her home.

So, at an opportune time, Thato mentioned that Camilla shouldn’t really be angry with her and that the person she should be upset with is Bev who burnt sage in her house or rather, mansion.

Things didn’t exactly get chaotic between Camilla and Beverly as Thato and Bev decided to hash things out at dinner since the two were thought to be friends before Bev expressed that Thato threw her under the bus.

Thus far, the ladies on RHO Cape Town have been running high on tension and we’ll only get a look at what happens next this coming Sunday.

The Real Housewives of Cape Town airs every Sunday on Mzanzi Magic on DSTV.

Mmamoloko Kubayi set to contest for the position of deputy president