Hino adds to its amazing reliability record in 2023 Dakar rally 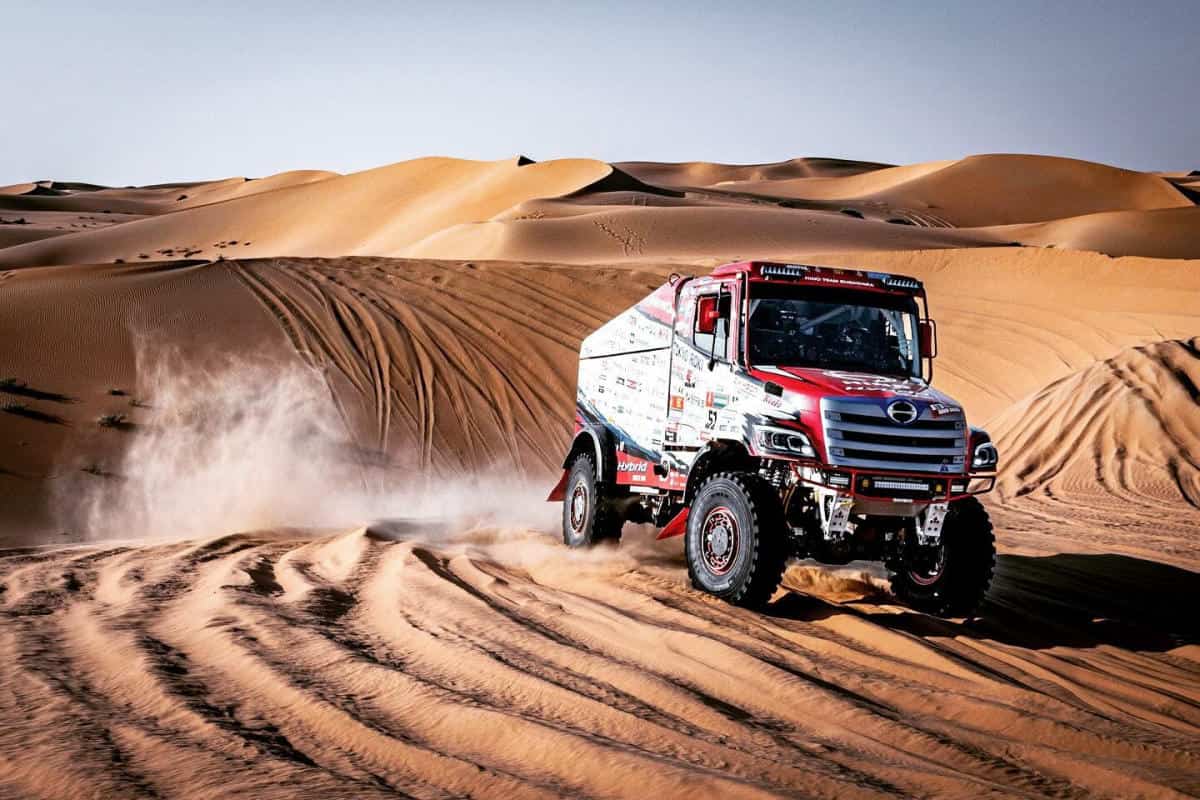 Hino was again the only Japanese truck manufacturer to enter this demanding two-week event which included far more daunting sand dunes than ever before and took a heavy toll on competitors.

The singleton Hino, entered by the Hino Sugawara Team with its all-Japanese crew of Teruhito Sugawara (driver), Hirokazu Somemiya (co-driver) and Yuji Mochizuki (mechanic), finished 10th out of an original field of 56 trucks. It also won the class for trucks with engines under 10 litres in capacity.

This was Teruhito Sugawara’s 23rd Dakar Rally, 16 of them as a driver and five as co-driver to his father. He has now won the under 10-litre class 14 times. His highest position was taking second place in 2001.

Hino has taken part in every Dakar Rally since 1991 with a best result being a clean sweep of the first three positions overall in 1997. The reliability record it has built up over 31 Dakar Rallies is that at least one Hino has finished the rally each year it has taken part.

This year’s entry was a much-improved version of the Hino diesel-electric hybrid truck that raced in the 2022 Dakar Rally where it finished 22nd on debut. The truck is a bonneted 600 Series of the type sold in North America. Under the skin it is similar to the four-wheel drive version of the 500 Series, which has been a strong seller in South Africa for many years.

This year’s Dakar Rally started in Sea Camp on the shores of the Red Sea on 31 December and finished on 15 January in Damman on the other side of the Arabian Peninsula. The route of 8 549 km included 4 706 km of timed special stages, made up of a prologue and then 14 days of racing.