The court finds that the version of the accused is reasonably true. 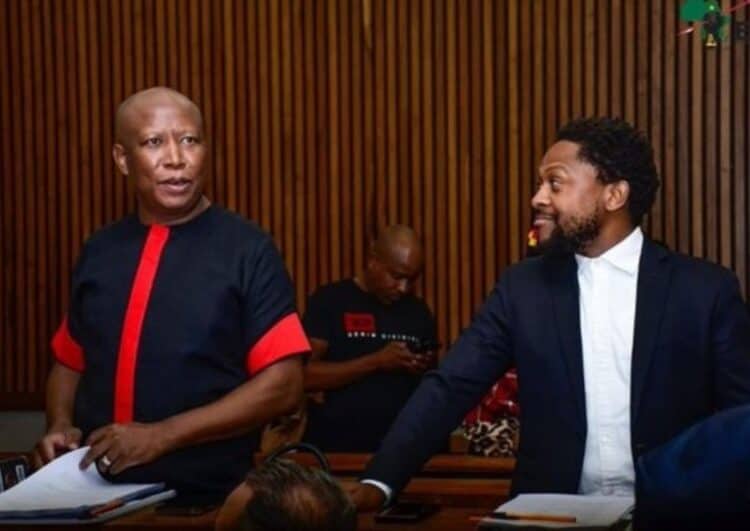 Julius Malema and Mbuyseni Ndlozi stand in celebration of their victory in their assault case. Photo: @MnisiNkosikhona

Magistrate Leiland Poonsamy ruled on Thursday afternoon that the two were not guilty of common assault.

The evidence confirms the accused version of events

He said: “I find that the action of the accused at first glance appears to be unlawful, but after carefully assessing the evidence, one can never assault any human being to gain entry. The evidence in its totality also confirms the version of the accused before court. The accused further lack intent to commit the offence of assault.

“The court finds that the version of the accused is reasonably and possibly true. The accused did not intend to assault the complainant based on the evidence.”

Poonsamy had also considered the accused’s state of mind at the time.

The magistrate, however, rejected the suggestion that the case was politically motivated. “The court finds that claims of a political agenda cannot be upheld.”

Poonsamy also found that the state witness, Gilbert Maphisa’s version of the assault “had discrepancies”.

Malema and Ndlozi were charged with common assault in connection with an incident that occurred at the funeral of struggle icon Winnie Madikizela-Mandela in 2018.

The incident was caught on CCTV footage and after pressure from lobby group AfriForum, the National Prosecuting Authority (NPA) decided to prosecute.

Last month, the pair were acquitted on charges of hate speech in the ‘kill the boer’ case which was brought forward by AfriForum.