Beyond the cabinet reshuffle – what will it take to renew South Africa’s public sector?

South Africans of many ideological hues have in their minds an image of the public sector as a well-oiled, top-down machine – always effective in delivering on clear goals set by planners and political leaders. 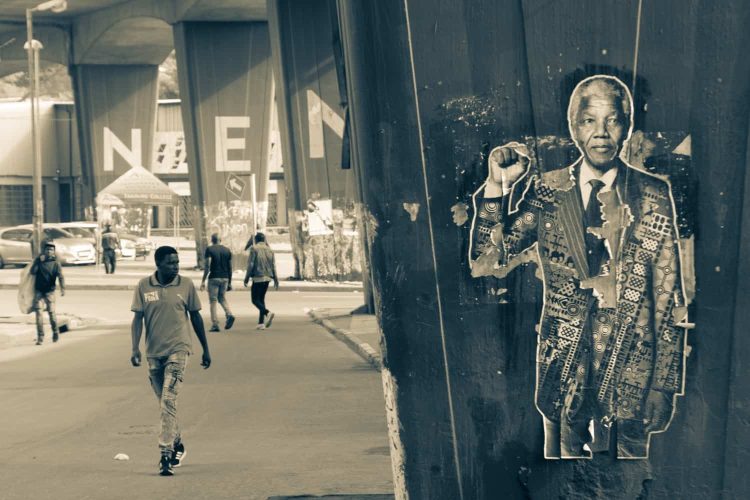 Photo by Gregory Fullard on Unsplash

South Africa’s President Cyril Ramaphosa has linked his cabinet reshuffle to a larger purpose. As he put it:

Realising this vision will take a transformation in the way in which South Africans conceive of how to achieve public purposes – one that prioritises people and problem-solving over a preoccupation with plans and systems.

South Africans of many ideological hues have in their minds an image of the public sector as a well-oiled, top-down machine – always effective in delivering on clear goals set by planners and political leaders. “Get the plans right.” “Co-ordinate effectively.” “Fix the systems.”

These become the mantras of reform. But continuing pursuit of these dicta will not get the country where it needs to go.

For one thing, the image of a well-oiled machine presumes an omniscience which no organisation anywhere, public or private, actually has. For another, systems reform is a painstaking process; its gains are measured in years, with gains in the quality of service provision coming only after the upstream improvements are in place. Time is running out.

Most fundamentally, the preoccupation with plans and systems ignores a reality that increasingly has become recognised the world over – that, in shaping feasible ways forward, context matters. Even in places where bureaucratic “insulation” seems to prevail, public administrative systems are embedded in politics.

By focusing on problems and on people.

A focus on concrete problems provides a way to cut through endless preoccupation with empty initiatives – endless plans for reform, endless upstream processes of consultation. Processes that are performative rather than practical, too general to lead anywhere. Instead, gains in public capacity can come via a different path – through learning-by-doing, focusing in an action-oriented way on very specific challenges, and on evoking energy to address them by the responsible departments (or individual state-owned enterprises).

Action to address concrete problems needs to come, of course, from South Africa’s public officials. How to evoke their sense of agency?

Engaging with South Africa’s public officials, one quickly discovers that even the best of them are deeply disillusioned by their experiences. Yet many continue to have a deep reservoir of commitment to service. Evoking commitment is a classic challenge confronting managers everywhere. As Francis Fukuyama puts it:

All good managers (private and public) know that it is ultimately the informal norms and group identities that will most strongly motivate the workers in an organisation to do their best … They thus spend much more time on cultivating the right ‘organisational culture’ than on fixing the formal lines of authority.

Looking beyond the public sector, what of South Africa’s citizens more broadly?

A focus on people also involves transforming the relationship between the public sector and civil society (including the private sector). For reasons both good and bad, public officials generally engage with civil society cautiously. The good reason is that such relationships can all too easily fester corruptly in the shadows. The bad reason is a more generalised wariness – fuelled by a combination of arrogance, fear and inertia – to step outside the comfort zone of tightly managed bureaucratic processes.

The benefits of a transformed relationship can be large. It can be the basis for new, cross-cutting alliances between public sector reformers and reformers within civil society, across national, provincial and local levels. Investment in such alliances can help developmentally oriented stakeholders to overcome resistance to change, including by pushing back against predation.

To renew a relationship, all parties need to change their behaviour. What new behaviours does civil society need to learn?

Shaped by its history, South Africa’s civil society organisations generally focus on holding government to account. This is a constricted vision of the role of civil society in a democracy. Indeed, it sometimes can have the unintended consequence of fuelling cynicism and despair, thereby deepening dysfunction. The Global Partnership for Social Accountability highlights how less confrontational approaches can add value:

We have learned that focusing only on scrutinising and verifying government actions can have limited value in our problem solving. When they engage to focus on the problem at hand, civil society, citizens and public sector actors are better able to deliver solutions collaboratively – especially when they prioritise learning. When social accountability mechanisms are isolated from public sector processes they are not as effective as collaborative governance. Collective action requires efforts that build bridges.

Transparency remains key. Transparency in how civil society engages with officials in the public sector can reduce the risk that more collaborative governance becomes a vehicle for corrupt collusion. Transparency vis-à-vis outcomes can signal to citizens that public resources are not being wasted but are helping to improve results. The combination of participation and transparency can help enhance social solidarity and legitimacy of the public domain.

As Ramaphosa put it in his cabinet reshuffle speech:

The task of rebuilding our economy and our society requires urgency and focus. It requires cooperation among all sectors of society and the active involvement of all South Africans.

Or, as per Hugh Masekela’s classic song (quoted by Ramaphosa in his first state of the nation address to parliament as president in early 2018, “Thuma Mina”. Send me.

This article builds on a piece that appeared in The Conversation’s ‘foundation’ series.

In a world first, South Africa grants patent to an artificial intelligence system