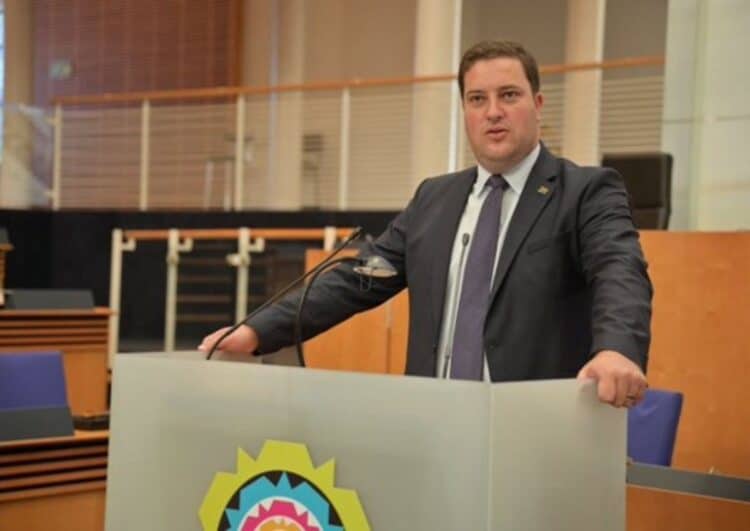 Geordin Hill-Lewis unveiling a project that will see residents turning off their electricity voluntarily and receiving a compensation. Photo via Twitter: @geordinhl

The City of Cape Town has issued a new tender to establish ‘third party’ aggregators to reward residents and businesses who allow their electricity to be turned off to reduce consumption.

The system will see customers being rewarded for voluntarily reducing their power usage at certain times when the city’s power generation is constrained.

The Metro will now issue a tender for third parties to incentivise households and commercial entities to reduce the electricity constraints by 60 megawatts on the local grid.

It’s similar to a programme currently being rolled out in the United Kingdom (UK).

According to the city, when usage needs to be cut, the aggregators would switch off agreed-to non-essential electrical equipment that certain Capetonians said they could- this could be done remotely via installed smart devices.

The incentives and rewards offered by the aggregators are to be determined by them, said the city, as it hopes to save at least 60MW using this system.

“At the heart of this new intervention is the conviction that small actions can lead to big impacts,” said Cape Town’s mayor Geordin Hill-Lewis.

“These ‘Power Heroes’- those who chose to have their power cut- will help the city to protect customers from the higher stages of Eskom’s load shedding in particular.”