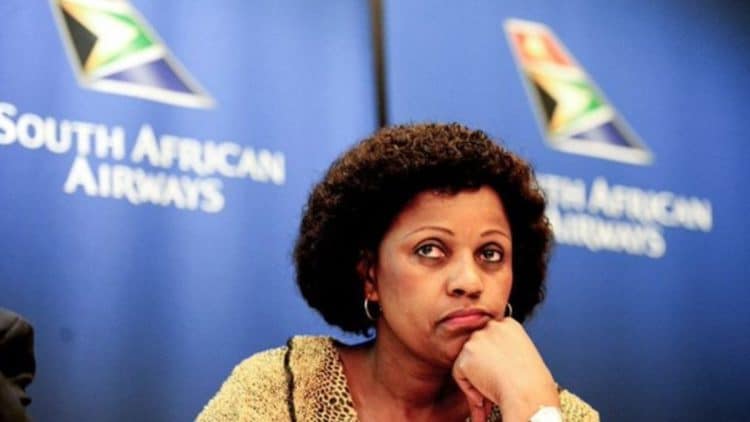 Former SAA chair Dudu Myeni pleaded guilty at the Johannesburg Magistrate’s Court on Wednesday on a charge of obstruction of justice after she named a state witness at the Judicial Inquiry into State Capture.

The charge relates to her indiscretion in November 2020 when she named a protected witness while testifying on Camera. Myeni named Mr X despite being cautioned by newly appointed chief justice Raymond Zondo, which led to her being criminally charged.

Myeni agreed to plead guilty after she failed to have the director of public prosecutions review the decision to prosecute her.

In mitigation of sentence, her lawyer argued that she was a first-time offender who is turning 60 in October. Her lawyer also argued that she has not been employed since 2017 and she survives off her family. Myeni was declared a delinquent director for life and was banned from pursuing any business interests.

Myeni was sentenced to a fine of R120 000 or a prison sentence of 2 years. She opted to pay the fine and was ordered to pay R30 000 on Wednesday, with the remaining balance to be paid in instalments before 29 August 2022.

Her conduct was criticised by Right2Know campaign which felt that Myeni put the state witness in harm’s way when she deliberately named the witness even after being cautioned not to.