The NICD is a specialised division of the National Health Laboratory Service and plays a key role in communicable disease surveillance. 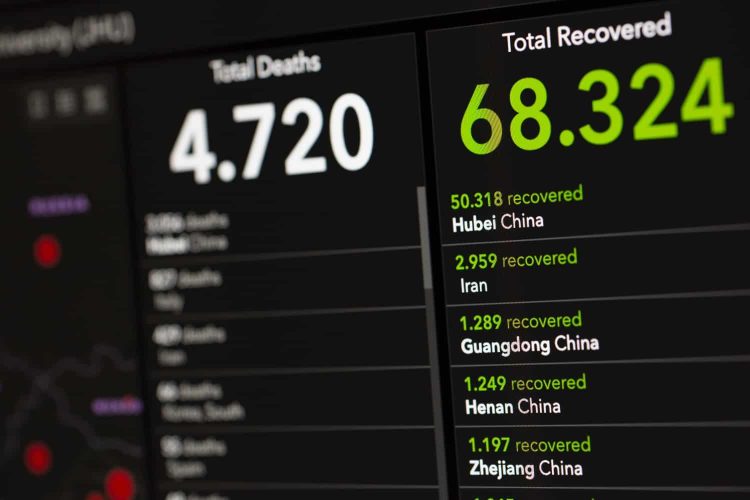 Photo by Markus Spiske on Unsplash

Almost 18 months into the COVID-19 pandemic, the release of new case numbers is an integral part of the day for many South Africans. Questions like “When will the third wave end?” and “Will there be a fourth wave?” abound and opinions, even among experts, are varied. The challenges in interpreting COVID-19 case and hospitalisation data are enormous. They are likely to become even more complex as SARS-CoV-2 vaccine coverage is added to the epidemiological mix. The Conversation Africa asked three experts whose job it is to keep track of it all – Michelle Groome, Harry Moultrie and Adrian Puren, all at the National Institute for Communicable Diseases (NICD) – what the data tell us.

What picture are you getting from the statistics now?

The NICD is a specialised division of the National Health Laboratory Service and plays a key role in communicable disease surveillance. It works with other organisations to support the national health department’s management of the current pandemic. For example, the NICD provides routine reports and analyses, epidemic modelling, advisories, surveillance and research related to COVID-19.

The current resurgence driven by the Delta variant finally appears to be subsiding in all nine provinces. There were differences at provincial, district and sub-district levels in the timing and scale of the previous two waves but these differences have been more pronounced in the third wave. The current resurgences in the Northern Cape and Free State started in April and subsided in June and July, before resuming in August. The patterns seen in these two provinces were likely the result of early initial resurgences driven by the Beta variant, with a later superimposed resurgence driven by the more transmissible Delta variant. In comparison, Gauteng experienced a very rapid and large resurgence in June and July. This is possibly a result of a relatively smaller and truncated second wave combined with the introduction of the Delta variant.

We have also seen a shift in the age distribution of cases. Since mid-July the incidence and proportion testing positive among people under 20 years has increased relative to older age groups. During waves 1 and 2 schools were closed for extended periods, resulting in lower exposure and therefore lower immunity in younger people. The reopening of schools in late July, together with the Delta variant, has led to school outbreaks in August.

Differences in immunity, vaccination coverage and timing, and behavioural responses are likely to result in variable provincial and district patterns continuing over the next few months. Thus looking only at the national epidemiological picture is becoming less useful. The “wave” terminology to describe the ongoing pandemic is also becoming less useful.

How does testing affect the picture?

Case ascertainment is heavily influenced by access to laboratory testing for the SARS-CoV-2 virus, individual reasons for testing (or not testing) and provincial testing strategies. Testing rates vary considerably between provinces, with Limpopo and Eastern Cape consistently on the lower side of the spectrum.

Consistent reporting of antigen tests has also been problematic. PCR tests are conducted in laboratories and results are generally submitted to the health department through automated laboratory information systems. But point-of-care antigen test results have to be manually captured and submitted to the department via a web portal. The profusion of sites offering antigen tests makes it very difficult to ensure that they are all submitting results.

The social unrest in KwaZulu-Natal in mid-July resulted in a substantial decline in testing volumes and thus case detection in the province.

Differential testing patterns may also be responsible for the age distribution of cases. The third wave has seen an increase in the number of children of school-going age testing positive for the virus compared to previous waves. This may be driven by case detection in schools and subsequent contact tracing and increased testing of this age group.

Tests are sometimes conducted in asymptomatic individuals or prior to routine surgical procedures, and those with severe symptoms may not be able to access testing or prefer not to test. Testing policies and strategies may vary by province based on strategic decision-making and availability of resources.

Estimates of seroprevalence, the proportion of the population who have developed antibodies to SARS-CoV-2, suggest that there have been at least eight times more people infected than cases detected. Daily case numbers only reflect tests conducted and reported. They are not a true picture of overall infections by province or age group.

What trends are you seeing by province?

We have seen interesting trends in provincial case numbers. Eastern Cape and Western Cape were the first provinces to see increasing case numbers at the start of the second wave, followed by KwaZulu-Natal. Gauteng saw the rise in cases much later, once heightened restrictions were in place, and had a relatively small wave in comparison to the coastal provinces. The third wave saw case numbers in the Free State and Northern Cape slowly start on an upward trajectory. This was followed by North West and Gauteng where case numbers catapulted past the peaks seen with the first two waves.

There are several interdependent factors responsible for these differences. They include underlying immunity from previous infections, population movement patterns, adherence to non-pharmaceutical interventions, level of restrictions with respect to timing of the surge, and climatic factors.

SARS-CoV-2 variants have also played an integral part in driving the course of the pandemic. The increased transmissibility and immune escape of the Beta variant fuelled the second wave, only to be replaced by the even more transmissible Delta variant. Circulation of these variants of concern likely contributed to the differential provincial pattern. Sequencing data suggest that the Beta variant was still circulating widely when the Free State and Northern Cape began to see rising case numbers in April 2021 . Dominance of the Delta variant was partly responsible for driving the devastating third wave in Gauteng. It seems probable that the dominance of Delta is now fuelling an ongoing increase in cases in Northern Cape and Free State.

Delta is unlikely to be the last variant we see and emergence of new variants will continue to shape the trajectory of the pandemic for the immediate future.

What can we expect next?

Differential vaccine coverage at a provincial, district, sub-district and ward level is also going to have an impact on the epidemiological patterns in the months to come. Communities with high vaccine coverage rates are likely to see lower case numbers, hospitalisations and deaths related to COVID-19 compared to those with poor vaccine coverage.

Even with slightly lower efficacy of the SARS-CoV-2 vaccines currently in use against the pervading variants of concern, there will be a dramatic reduction in severe COVID-19 disease as a result of the national vaccine rollout. Any epidemiological analyses will need to take the vaccine coverage into account in order to make sense of the data.

Moving forward, how we interpret the daily case numbers and deaths will change. Waves will likely be less distinct as a result of drivers acting on multiple timescales. How we respond to each new cluster or resurgence in COVID-19 infections will change. South Africa will need to be more agile in its approach.

We need to accept that surges will occur, new variants will appear and booster shots will be needed. We need to move away from considering South Africa to be in a wave or between waves or preparing for the next wave, and start accepting the reality of living with this virus in a world where we can now prevent severe disease.