Today on Crypto Banter In The Games 11 January 2022 Hustle outlines the top gaming guilds and we also touch on some up and coming games.

by Jamie Rautenbach
in News 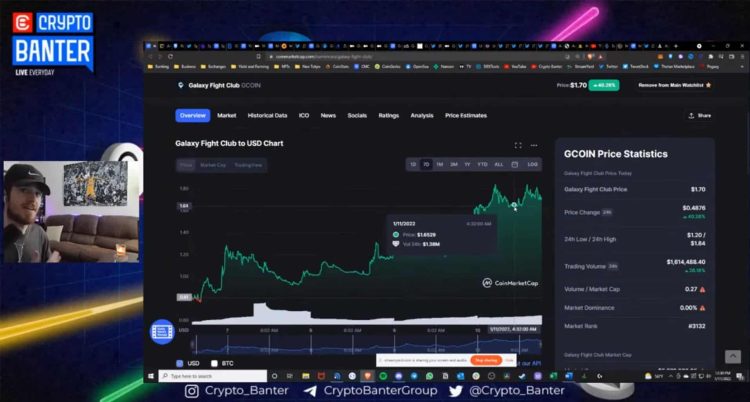 Yet another information filled In The Game show today on Crypto Banter. Are you ready to join a gaming guild, well read on to find one that works for you. Remember to watch the last in the game show right here.

The ronin blockchain, a layer 2 product developed by Sky Mavis, is seeing huge transactions. Hustle believes this will be absolutely huge and that it’s a good idea to farm the token.

Gaming infrastructure just launched it’s gamepedia, comparable to IGN for the blockchain. The price is down and now is a good time to consider buying in.

Major league gaming community. Guilds empower those without the funds with the ability to play to earn.

A bullish lower cap project. Some decent room to run. Backed by many of the big boys in the gaming space. Connecting to many of the big games right now with tons of great features including a launchpad.

Dipped a lot since the token unlock. Involved in many of the major games as well as some smaller ones with potential. They aim to be the biggest guild in South East Asia, one of the countries with the most active P2E gamers.

Has recently taken a huge dip. Hustle believes if they can get of Uniswap with the huge gas fees they should see improvement. Planning on getting in on many major games as well as being active in several of them already.

Under the radar compared to other guilds. Backed by some of the top tier investors in the gaming and guild space. In on several major games.

An absolute top tier gaming launchpad. Keep your eyes on their site for great earning potential.