The DA has been using Mmusi Maimane in its latest campaign, it seems. 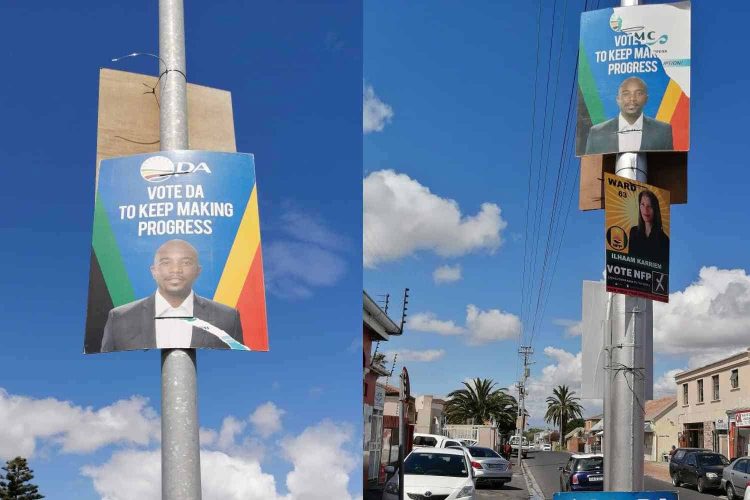 The sequel of the never-ending DA posters saga continued in the Western Cape, where locals from different towns spotted campaign posters with the former leader’s face on them.

Hey @MmusiMaimane, these are up in Wynberg and Ottery. Something you want to tell us or is this the work of the Smurfs making mischief? pic.twitter.com/g0AjDHYtOz

The second discovery was made more than 143km away in Ceres, Western Cape. Reporter Athi Mthongana, who’s been covering the 2021 local government elections’ build-up in the Witzenberg region, spotted the same exact poster, on Monday.

This is not the first time the official opposition has found itself on the receiving end of backlash over the use of its controversial campaign collateral.

Earler in October, the party came under fire for wedging further divisions in Phoenix, Durban, where at least 34 people were killed during July’s shutdown riots, by hanging campaign posters that read, “the ANC calls you racists. The DA calls you heroes.”

Faced with immense outrage, the DA doubled-back and removed the triggering posters that celebrated suspects charged with various crimes, including murder, as heroes.

At the time this article was published, neither the political party nor Maimane had issued a response to the latest poster saga.

Capetonians be warned: paid on-street parking to make a comeback from November