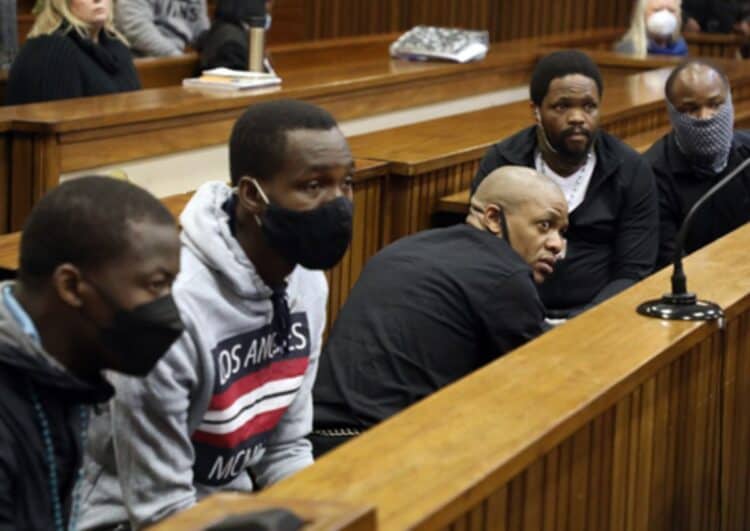 For the third time in the Senzo Meyiwa murder trial, the second docket has become a matter of contention.

The fifth suspect in the Senzo Meyiwa case has asked the court for a special entry to note an irregularity after the second docket into the murder of Bafana Bafana goalkeeper Senzo Meyiwa’s murder was not disclosed, claiming prejudice against him.

Defence advocate Zandile Mshololo representing accused number five brought a special entry application, arguing that Sifiso Ntuli would have pleaded differently had the state disclosed the existence of the second docket to his counsel.

The trial which had encountered many delays was meant to resume on Monday with the testimony of forensic officer Sergeant Thabo Johannes Mosia.

Meyiwa was killed on 26 October 2014, in an alleged botched robbery at the Vosloorus home of his then girlfriend Kelly Khumalo.

Mshololo started the proceedings requesting that the letter by the National Prosecuting Authority in which docket 375 (second docket) was said would be dealt with once proceedings in docket 636 was concluded, was not communicated to defence, and should be declared irregular and unlawful.

“Docket 636 was opened in 2014; and docket 375/01/2019 was opened in 2019. The point i’m making before this honourable court is that the information contained in the second docket ought to have been disclosed to the applicant (Ntuli) before he pleaded.

“The state was well aware of the existence of this docket of this docket. To answer the question which says, ‘Where does the infringement come from?’ it comes from the violation of Section 87 of the Criminal Procurement Act which gives the applicant the right to request further particulars from the state,” Mshololo submitted.