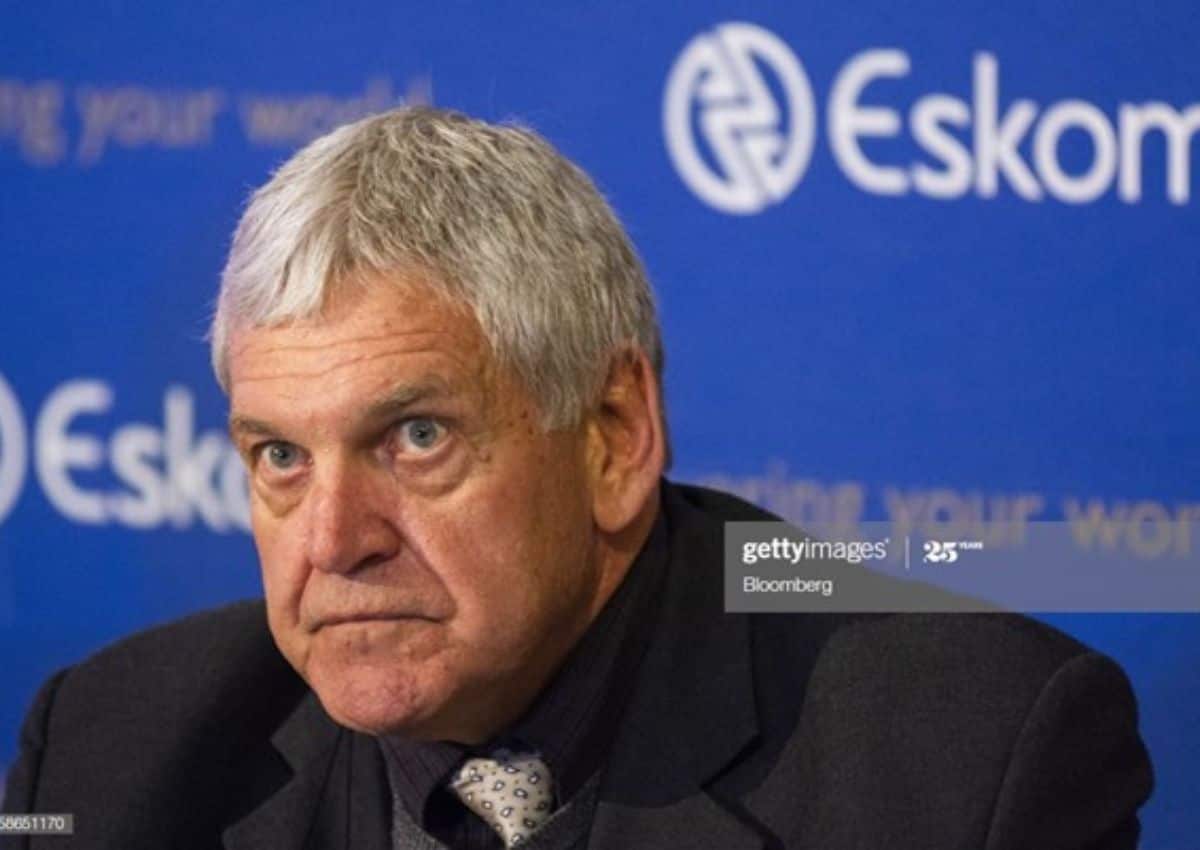 Jan Oberholzer briefing the media on the last on load shedding. Photo via Twitter: @mthuthuzelipha1

A chairperson of an Economic Freedom Fighters (EFF) branch has been granted bail after he was accused of making bomb threats against Eskom chief operations officer Jan Oberholzer.

Thapelo Mnisi, 27, was released on R2000 bail by the Emalahleni Magistrate’s Court after he appeared on a charge of contravening the South African Explosives Act of 2003.

This comes after his arrest on November 18, by members of the Directorate for Priority Crime Investigations (Hawks).

According to Lieutenant-Colonel Philani Nkwalase, Hawks spokesperson, Mnisi allegedly sent a bomb threat message to the Chief Operations Officer (COO) of Eskom, Jan Oberholzer in May.

“The alleged bomb threat was preceded by reports of nepotism at Eskom and when his complaint was not responded to, he launched an attack on the COO.

“He was part of a group of people from KwaGuqa who were trained as boilermakers at Kusile Power Station by a company contracted to Eskom. The group was allegedly promised to be absorbed through permanent employment opportunities in the organisation.

“However, upon qualifying as boilermakers, they were only called to work on a casual basis,” Nkwalase said.

He said further information alleged Mnisi and his group were enraged after they found out that other people were employed while they were excluded.

“The bomb threat was reported to the police and was assigned to the Hawks’ Crime Against The State team for further handling.

“The accused was arrested on Friday, November 28, 2022, during an operation by the Hawks Serious Organised Crime Investigation assisted by the Bidvest Protea Coin Security,” Nkwalase said.

According to Eskom, Mnisi used an unregistered SIM card to send the threatening messages.