With Euro 2020 now under way after a year of pandemic delay, football fans will be hoping for great performances from Europe’s finest players. 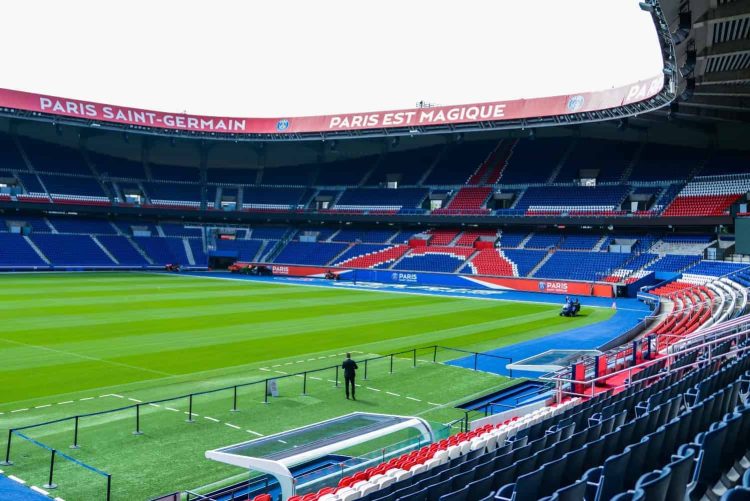 With Euro 2020 now under way after a year of pandemic delay, football fans will be hoping for great performances from Europe’s finest players. Some of us will watch the tournament unfold on our Hisense televisions, and many will choose to order in some half time refreshments, maybe via the Just Eat delivery service, possibly sent using a Vivo mobile phone.

Sustained by cans of Heineken, as goals are scored, supporters will upload celebration clips on to TikTok. And after the final, what better way to recharge than by arranging a holiday on Booking.com, perhaps flying on Qatar Airways.

For while fans will have their eyes firmly fixed on the efforts of players worth billions of pounds on the field, another big money game will be taking place off it. The Euros is one of the world’s biggest sport events, and a bonanza for corporate sponsors and partners (just a few of which are mentioned above).

In return for being exposed to the eyes of the world, Euros sponsors pay huge amounts of money. Just how much is difficult to say, as fees are commercially sensitive data. But in one case – that of Alipay (part of the Alibaba empire) – it is believed the Chinese company paid £176 million for an eight year deal.

Alongside UEFA partners such as FedEx and Konami, each of the national teams bring their own roster of sponsors, which makes for quite a cluttered selection of brands competing for attention. There’s England’s £50 million, five-year contract with BT, for example, while the Germans will bring Lufthansa to the tournament, Carlsberg will promote its association with Denmark and South Korea’s Hyundai will be represented by the Czech Republic.

The list goes on (and on). To capture the complex network of sponsors at Euro 2020 we created a network graphic of some of the most prominent and significant deals on show over the coming weeks. For reasons of clarity, we wern’t able to include every sponsor, but the range on display is revealing.

What becomes immediately clear is that although the UEFA European Championship is a continental tournament, its commercial reach is truly global. A significant number of sponsors are either not European or else have divisions that operate way beyond the borders of Europe.

At the same time, the sponsorship portfolio shows us that football is at the heart of the entertainment, lifestyle and digital economies. Gone are the days of motor-oil and office photocopier sponsorships. Instead we see a profusion of drinks brands, confectionery products and airlines.

In addition, the sponsorship of teams appears to go hand-in-hand with the promotion of national identity and national industry. “Brand Germany” for instance, is strongly represented by some of the country’s most important corporations, including Adidas and Volkswagen.

The appearance of Gazprom meanwhile, reflects the increasing use by nations of sponsorship as a geopolitical instrument. Indeed, the state owned Russian gas company has recently put its associations with UEFA and others to influential use.

Corporate America continues to endure too, represented by the likes of Coca Cola and IMG. The US has always been the home of contemporary sport sponsorship, and the country’s businesses continue to derive significant commercial value from it.

In fact, the underdogs in this big-money corporate competition appear to be the Europeans themselves. For an event being staged in countries including England, Italy, Spain and Romania, UEFA draws very few of its sponsors from the continent. Instead, it is clear that organisations from China and the US have both the financial muscle and the tactical brains to successfully dominate the tournament.

This reflects broader global trends which indicate the declining presence of European industry. European companies account for a falling percentage of global output. The market capitalisation of European firms is way behind that of American corporations and is fast being caught by Chinese firms. And the world’s technological hot spots are found in places such as Shenzhen and Silicon Valley, not in Europe.

Whether the footballing squad from France, Portugal or Switzerland lifts the trophy in July, there is no doubt that the UEFA tournament will be an on field triumph for Europe.

But the forces of globalisation, digitalisation and politico-economic change, reflected in the Euros’ portfolio of sponsors, will keep on playing long after the final whistle blows. And European industry could pay the penalty with a swift exit from the global industrial competition.

South Africa should train all pharmacists to give vaccinations