Factories of the future: we’re spending heavily to give workers skills they won’t need by 2030

We are in the early stages of what is known as industry 4.0: digital manufacturing that attempts to automate and regulate every aspect of production, including the human. 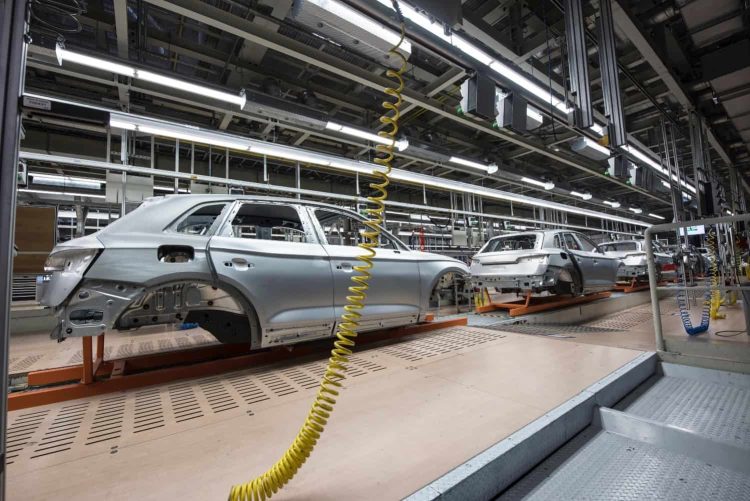 Photo by carlos aranda on Unsplash

“This government is obsessed with skilling up our population,” said Boris Johnson in his recent speech on “levelling up”. There is still a fair amount of uncertainty about exactly what the UK prime minister’s plan to level up the regions will involve, but manufacturing and skills seem close to the heart of it.

The government is trying to achieve a renaissance in vocational education with its industry-focused T-level courses for students, “Skills Bootcamp” retraining programmes for adults, and increased funding for further education in general. Together with the recent announcement of a new Nissan “mega-factory” in Sunderland, some might argue that the UK is finally becoming a high-skill vocational manufacturing economy to rival Germany and Japan.

Unfortunately, the world is moving on. In the factories of the future, the role of skills will be dramatically different. We are in the early stages of what is known as industry 4.0: digital manufacturing that attempts to automate and regulate every aspect of production, including the human. There is little sign that the UK government is thinking about this, or what it means for the youngsters looking to work in manufacturing in future.

How factories are going digital

In a three-year study, I found that learning in factories is fundamentally shifting from human workers to machines. In high-tech manufacturing, machines are being connected to one another in what is often referred to as the internet of things – using sensors to gather information and send signals back to the production process. In the study, we refer to factories and even products becoming “chatty” through all this communication of information, and predict that this will lead to profound changes in manufacturing by 2030.

Airbus is a good example. It has considerably improved the efficiency of the assembly lines for aircraft and helicopters by gathering information and continually feeding it back. Along with other aircraft manufacturers it also carries this approach into the product, using data from aircraft in the field to find ways to improve the next generation.

Increasingly, such systems will optimise themselves using machine learning with a view to maximising sales and profits. In a break from the age-old system of human manufacturers deciding what to produce in response to what consumers want, machines are starting to play a role in these decisions, taking on a life of their own.

Humans will increasingly be used in factories mainly to train robots and AI (artificial intelligence). Robots are being developed that can observe what humans do and learn from it, replicating simple movements and patterns. Such technologies are still very limited, even in advanced manufacturing, but this will soon change.

Once learned, of course, these human skills will no longer be necessary. Workers will find that their ability to teach or at least work around robots and AI will become the most valued component of their skill base. Some employers are already emphasising the need for workers to use their shop-floor skills differently to make what they do “machine readable” for AI.

Finally, the same technologies that allow social media companies to build up a picture of their users will allow manufacturers to not only monitor and simulate their workers but to build up a global picture of work and skill in general.

Digital companies are forming “skills clouds” in which they build up an electronic library of ideal employee profiles in different industries that can be used in recruitment and training. This might be used to choose job applicants based on to what extent they fit these ideal profiles, for example. Skills clouds are already being used by recruitment agencies such as Workday in allocating workers to manufacturing and logistics jobs.

Apprenticeships and vocational qualifications used to be a route to a reasonably secure factory job – even in a nation like the UK that has lost so much of its manufacturing capability over the years. But with industry 4.0 the picture looks far less certain, at least in the years after 2030.

Of course, there will still be opportunities for workers who can work with the new technology – “robot wranglers” as they’re being described. New jobs may be created in these areas, and those who are able to fit the criteria stored in skills clouds may be able to fill them.

However, digitising and automating manufacturing may reinforce a dual skills market that prizes (a small number of) high-level technical skills, while everything else ends up being done by machines. It appears that the factory and its associated infrastructure will be levelling up rather than the workers.

The worry is that the UK government is not talking about this, and seems to be developing a strategy that is naïve to it. The golden age of manufacturing and vocational skill no longer exists, if it ever did: the next shifts are about anti-human technologies and organisational forms rapidly depreciating human skills.

This raises complex questions about what kind of society we want, which can’t necessarily be answered easily. At the very least, any discussion about levelling up needs to anticipate the future and factor it into the plan.

One point to make is that for all the talk of levelling up and working-class jobs, a missing component is the voice of the workers. Governments and opposition parties may not like it, but if factories are going to “level down” skills, some form of collective ownership or at least social partnership is necessary to ensure that human skills and employment are secured – perhaps by limiting the extent to which AI and robotics are used in production.

Unions, social movements and workers’ cooperatives have a role to play in this. We need to face what is coming and start thinking about how we respond to it – in ten short years, it may be too late.