Female prison warden arrested for allegedly being in possession of dagga

As the search and seizure was carried out, the 43-year-old warden tried to hide her handbag 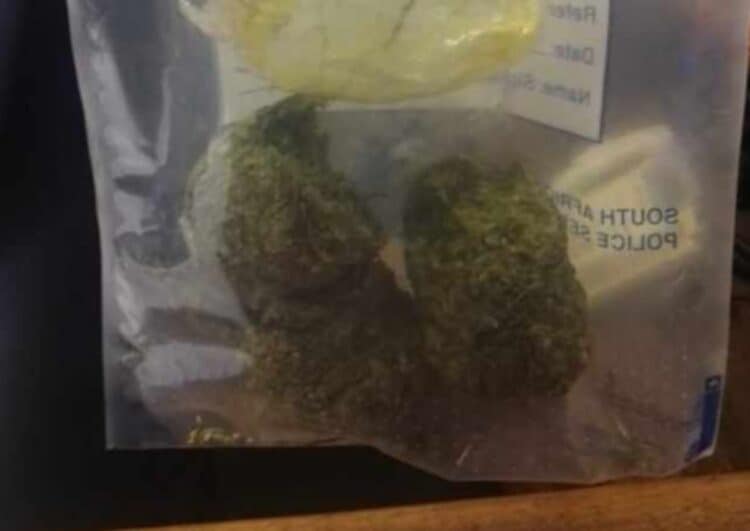 A 43-year-old female warden was arrested at a correctional centre in Mbombela for being in possession of dagga following a search and seizure operation on Friday.

“Her arrest came after the facility manager arrived at the correctional centre to conduct a morning parade with all employees reporting for duty. During the parade, the facility manager, with her team announced that according to the procedures of the Department of Correctional Services, no employee is allowed to enter the premises with a hand or grocery bag unless it is transparent for everyone to see the items inside,” said Brigadier Selvy Mohlala, the Mpumalanga police spokesperson.

While the Correctional Services staff members were still at the parade, they were informed that everyone would be searched to prevent the possibility of drug smuggling.

“As the search and seizure was carried out, the said warden reportedly tried to hide her handbag. However, she was noticed. She allegedly ran from the parade to her office where she hid her handbag and went out to another office,” said Mohlala.

Some of the members who were conducting the search followed the warden to her office but could not find her there. She was instead found in another office. When questioned about why she left the parade she allegedly indicated that she was rushing to report for duties.

“She was asked about her handbag which she hid in her office but could not give a proper explanation as to where the bag was. The team then searched her office and found her bag stashed with dagga weighing 0.186 grams to the estimated street value of about R1500, as well as a cellphone,” Mohlala said.

The warden denied having any knowledge about the dagga found in her bag and was arrested. A case of illegal possession of dagga was opened.

The warden is expected to appear in the Bethal Magistrate’s Court soon.

Meanwhile, Lieutenant-General Semakaleng Daphney Manamela welcomed the arrest of the warden and also urged all law enforcement officials to always set an example in upholding the law.