After a fire broke out on the Shayamanzi 1, the search and rescue team has been summoned in the hopes of finding another lost crew member. 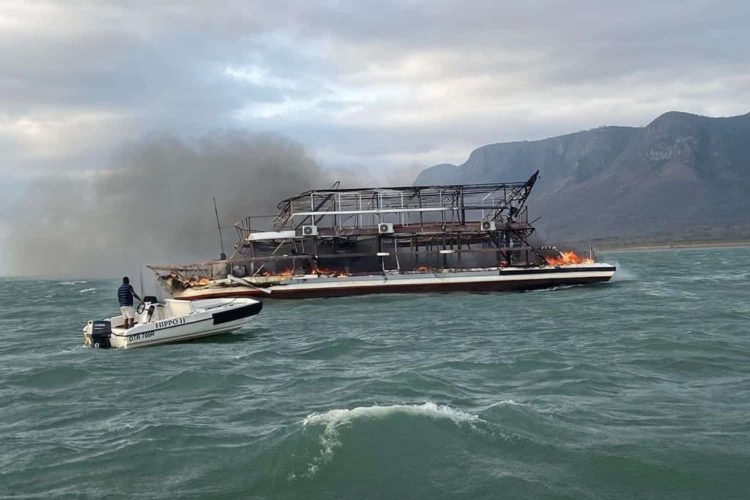 Fire on houseboat claims the lives of two at Jozini Dam. Image: Randolf Jorberg via Facebook

On Saturday, 9 October, a fire broke out on the Ballito – owned Shayamanzi houseboat. Two people have died during the incident, one crew member and one guest. Another crew member is currently still missing, and it is sadly presumed that they have drowned.

The Shayamanzi 1 was a 25 by 8-meter double pontoon boat and has been operating on the dam since 2002.

According to KZN SAPS spokesperson, Captain Nqobile Gwala, the fire broke out at around 16:30 on Saturday afternoon. However, the cause of the fire has not yet been confirmed.

Captain Gwala further confirmed that there were 9 people on the boat altogether, 6 of which has survived the fire. An ongoing search for the missing crew member is being led by the SAPS Empangeni search and rescue team.

Ballito-based owners Roger and Kim Blevin expressed their devastation regarding the boat fire.

The couple took the company Facebook page: “We are devastated and are doing everything possible to understand and support the investigation and impact on our guests, crew and their families.”

“On behalf of the Shayamanzi Team our sincere condolences. Our thoughts and prayers are with you all. We mourn with you.”