From Chad’s elephants to Uganda’s shoebills: planning a trip to support tourism recovery in Africa

The reduction of international tourism presents an opportunity for Africans to experience many premier parks at a discount. 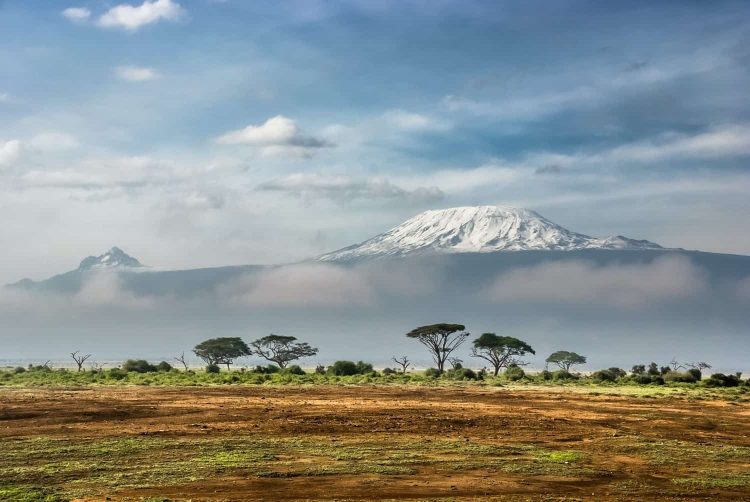 Photo by Sergey Pesterev on Unsplash

Since the start of the COVID pandemic, reductions in travel to Africa have wiped an estimated US$170-253 billion from the tourism economy. Half of all Africans working in tourism lost their jobs and the consequences for conservation have also been worrying. The Conversation Africa’s Nontobeko Mtshali asked two wildlife researchers to suggest some outstanding, but lesser known conservation areas – travel restrictions permitting.

The reduction of international tourism presents an opportunity for Africans to experience many premier parks at a discount. There are once in a lifetime opportunities in the wildlife sector that will likely become unavailable when more people can travel internationally again.

The most important example of such an opportunity is in Rwanda at the moment with its gorilla permit system. Prior to the COVID-19 pandemic, gorilla trekking permits (a ticket to view the rare and endangered mountain gorilla) were set at US$1,500 for both foreigners and local Rwandans. It’s difficult to imagine how nearly half of an average Rwandan’s yearly earnings could be spent on seeing a gorilla for an hour.

But the pandemic price of US$200 for local Rwandans has meant an 87% discount for Rwandans. Such price reductions are part of a tourism recovery strategy. In Rwanda, gorilla tourism losses have amounted to US$120,000 per day.

A traditional safari to see a pride of African lions or herd of elephants (tourists’ favourite species) doesn’t have to cost the proverbial arm and a leg. Nor should there be barriers of access.

South Africa’s Kruger National Park is an excellent example of this. It’s South Africa’s oldest and largest national park, and at 20,000 km², it’s roughly the size of the state of New Jersey, in the US. Apart from the sought after Big Five (Lion, Elephant, Rhino, Leopard, Buffalo) species, it has 147 mammal, 507 bird and 114 reptile species. It’s also arguably one of the best protected areas in Africa in terms of road network and affordability. Visitors can enjoy a 400-strong herd of African elephants drinking at a waterhole from the comfort of a tiny car, because about 900km of its roads are tarred.

A typical long weekend trip for a South African couple and their 10-year-old child to the park’s famed Pretoriuskop camp will cost a total of R2,985 (about US$187), or $62/person/night) for three nights. This includes R2,160 (about US$134) for accommodation in a modest safari hut, and park entrance fees totalling R825 (about US$51).

SANParks also has a wild card system where visitors can purchase 12 months worth of access to all protected areas in the country for R755 (about US$47). This price is available to all South African and Southern African Development Community residents. There’s also no need for a guide, just a map and your own car.

Other countries have also reduced costs for visits to premier national parks. The Ugandan Wildlife Authority, for example, has rates for student groups (UGX 3,000, less than US$1), East African citizens (UGX 20,000, US$5.60) and tertiary institution members (UGX 5,000, US$1.40).

The Kenyan Wildlife Service similarly to Uganda charges Kenyan adults and East African citizens US$8.90 while children and students pay just US$1.78. But these parks and the majority of parks across the continent don’t have tar roads. Visitors should ideally have a 4×4 vehicle.

If a self-guided, self-drive safari in your own car across Kruger sounds too tame, there are some exciting alternatives.

Top on this list is the 3,000km² Zakouma National Park in Chad and its rustic but beautiful Tinga camp. It holds some of the most incredible aggregations of large mammals anywhere in Africa. Massive herds of hartebeest, buffalo and Kordofan giraffe can regularly be seen around its many waterpoints within the Sudano-Sahelian vegetation zone.

Visitors will also see the recovering herd of African elephants gathering around the warden’s house every day, sometimes drinking from a small water pipe. In 2007 Janjaweed militia forces attacked the park headquarters and three rangers were killed. The park has since recovered after a partnership and management agreement was forged between the NGO African Parks and Chad’s government. The elephants still remember the warden’s house as a place of safety.

Another gem on our list is the small country that has come to be known as Africa’s Pearl: Uganda. It has one of the highest rates of vertebrate richness on the continent and contains four of Africa’s great lakes. Uganda is arguably the best place in Africa to see our closest evolutionary cousins (mountain gorillas and chimpanzees), carnivores, and some of the continent’s rarest birds.

These animals can be seen either in the same national park or within a three-hour drive. But it’s Uganda’s shoebil that will make a safari memorable. An inhabitant of Papyrus swamp and wetland environments of the country’s southwest (and capital), the shoebill stands at 4-5 feet tall. It’s an apt hunter of frogs, small birds, snakes and fish. Visitors can see one of these incredible birds in Mabamba swamp. It’s just a 30-minute drive from Entebbe airport and a short boat ride, and for US$100 visitors can look for this incredible hunter for about four to five hours. There’s a discount of US$30 if there are two or more people.

The last location on our list is known for the 9,000 species of often small, colourful and aromatic plants it hosts. The Cape floristic kingdom, is one of only six floral kingdoms on earth, it is also the smallest and relatively the most diverse. Nearly 70% of the plants in this region are found nowhere else in the world. The kingdom is spread across 13 protected area clusters covering roughly one million hectares. Most of these are characterised by coastal mountains, rivers flowing from temperate forest patches, and a complex system of estuaries draining into the Indian and Atlantic oceans.

The Wilderness National Park, Baviaanskloof Mega Reserve and Tsitsikamma National Park are favourites, because they’re home to an incredible diversity of habitats, vegetation structure and animals. You may even spot a mountain leopard in one of these parks (they are far smaller here than in other parts of Africa, weighing just 20-45 kg). The national parks within the Cape Floristic Kingdom are also known globally as some of the best hiking destinations – the Otter Trail is one of the most picturesque coastal hikes on the planet.

Especially in the light of further travel restrictions and uncertainty due to Omicron variant, these and other national parks are in dire need of tourism dollars. We suggest you consider dusting off your cameras and passports, and enjoy and support Africa’s many wonderful national parks, and other protected and conserved areas as soon as possible.

Why We Should Drink Water Every Day