Government to introduce new alcohol laws ahead of the festive season

The bill seeks to amend the National Liquor Act of 2003, by ensuring that alcohol restrictions are tightened. 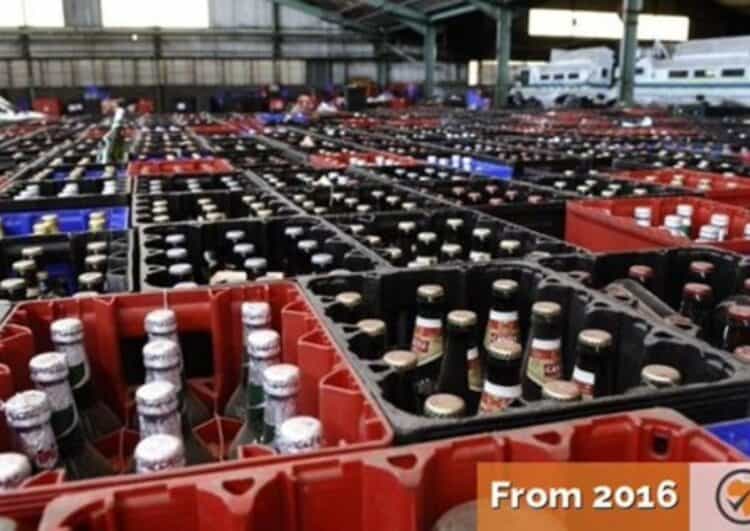 The Department of Trade, Industry and Competition says announces that new liquor laws will be implemented. Photo via Twitter: @Liquo...

As the festive season approaches and people are getting ready to celebrate with their families, the government has announced that it will be introducing new alcohol laws.

The Department of Trade, Industry and Competition says information which was gathered during the Covid-19 lockdown may further prompt changes to the Liquor Amendment Bill. The bill has been on hold since 2018.

The bill seeks to amend the National Liquor Act of 2003, by ensuring that alcohol restrictions are tightened and advertising and regulating where alcohol is sold.

The other contributing factor is the incident where 21 teenagers allegedly died from suffocation due to overcrowding at an East London tavern called Enyobeni tavern. The owner of the tavern was arrested as he did not follow the liquor law.

Bongani Lukhele, the spokesperson said the Bill was under review by the department.

“During the Covid-19 pandemic, it became more apparent that the problem of liquor abuse is quite high in South Africa and requires more concerted measures, and that the bill may not address the scale of the problem as the problem requires a concerted effort in government,” Lukhele said.

He said the Bill would be reintroduced to Parliament as well as legislation to address liquor use. There was a need for health, education and behaviour issued which needed to be addressed.

“Provincial laws must also be reviewed as it impacts directly on the retail trade,” Lukhele added.

Meanwhile, lobbying groups have been growing impatient with the delays of the implementation of the bill.

Maurice Smithers, director of Southern African Alcohol Policy Alliance in South Africa said the Liquor Act which was reviewed in 2015 was found to be inadequate and inconsistent with the World Health Organisation’s Global Strategy to reduce harmful use of alcohol.

As a result, changes were proposed in the Liquor Bill in the 2016 draft which include:

Smithers told GroundUp that things could only get worse if the bill was not implemented.