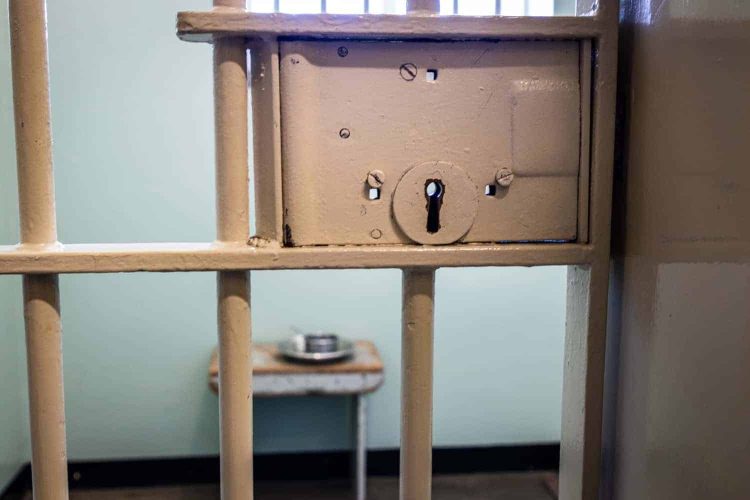 Photo by Grant Durr on Unsplash

Clearly, this is a momentous, historic verdict, with profound legal and constitutional implications, and one that will have political reverberations. It will strengthen the hand of reform-minded President Cyril Ramaphosa, who is struggling to rebuild state institutions hollowed out during Zuma’s nine-year rule, which ended in early 2018. The judgment fiercely makes the case for accountability over impunity. It serves to remind all South Africans that no one is above the law.

The ground-breaking judgment was read out by Acting Chief Justice Sisi Khampepe, who began with these words:

It is indeed the lofty and lonely work of the Judiciary, impervious to public commentary and political rhetoric, to uphold, protect and apply the Constitution and the law at any and all costs.

Never before has the Constitutional Court passed a custodial sentence, still less on a former democratically elected president.

This was one of several choices that the court had to make.

The first question – whether there had been contempt of court – was straightforward to answer: Zuma had chosen not to contest the proceedings and had declined to offer any justification or denial of his decision to defy the order of the same court earlier this year. In that decision it held that he should appear before the Zondo Commission, the judicial inquiry into state capture and corruption in the country.

The commission’s legal team had come up with a strategy that, for once, outwitted Zuma. For almost two decades, Zuma has benefited from the strength of South Africa’s rule of law with his so-called “Stalingrad strategy” – taking every legal point and appealing every judgment against him.

Instead of going to a lower court, as would be customary in contempt of court proceedings, the Zondo Commission went directly to the Constitutional Court. The court accepted jurisdiction on the basis that it was its order that he was defying and because of the exceptional and urgent circumstances.

The public had an interest in having Zuma give evidence at the commission and respond to the grave allegations of corruption that have been made against him from his nine years in office. He ascended to the high office in May 2009 and was ousted from power by Ramaphosa following the latter’s election as president of the governing African National Congress in December 2017.

The consequence of the decision of the Constitutional Court to accept jurisdiction was that Zuma, having nowhere to appeal to, as it is the apex court, was bound to accept its ruling.

He must now present himself to his local police station within five days.

For the majority of seven justices, Khampepe found that, although the case had exceptional features – the fact that it involves a former president, with ongoing duties to respect and protect the constitution – he was not being treated exceptionally, as the minority judgment penned by two justices (Leona Theron and Chris Jafta) held.

The second, weightier decision for the court to take was whether to pass a coercive or punitive sentence. The former would, for example, have suspended the sentence provided that Zuma appear before the Zondo Commission; the latter would simply punish the contempt of court.

On this point, both the majority and minority judgments accepted that it would be futile and inappropriate to pass a coercive sentence because Zuma had made it clear that he would not appear in front of the commission.

This court is not “naive”, Justice Khampepe wrote:

I do not think this Court should be so naïve as to hope for his compliance with that order. Indeed, it defies logic to believe that a suspended sentence, which affords Mr Zuma the option to attend, would have any effect other than to prolong his defiance and to signal dangerously that impunity is to be enjoyed by those who defy court orders.

The court has, indeed, become very wise to Zuma’s tactics over the years.

The majority of the judges held that Zuma’s public outbursts before and after the contempt proceedings had been brought, in which he attacked the honesty of the judges of the Constitutional Court and impugned the integrity of the rule of law, should be taken into account when determining the punishment.

For their part, the minority held that these considerations were extraneous to the core contempt matter. The minority judgment further argued that to send Zuma to prison without a criminal standard trial was to infringe his fair trial rights contained in section 35 of the constitution.

The majority rejected this argument on the basis that since he was not a criminal defendant – contempt proceedings are civil proceedings not criminal – there could be no breach of a right that is not held.

In passing sentence, the majority judgment referred extensively to the “calculated and insidious” attacks on the rule of law by Zuma. Again, the final paragraph of the substantive part of Khampepe’s judgment was sweeping:

Quantifying Mr Zuma’s egregious conduct is an impossible task. So, I am compelled to ask the question: what will it take for the punishment imposed on Mr Zuma to vindicate this Court’s authority and the rule of law? In other words, the focus must be on what kind of sentence will demonstrate that orders made by a court must be obeyed and, to Mr Zuma, that his contempt and contumacy is rebukeable in the strongest sense. With this in mind then, I order an unsuspended sentence of imprisonment of 15 months. I do so in the knowledge that this cannot properly capture the damage that Mr Zuma has done to the dignity and integrity of the judicial system of a democratic and constitutional nation. He owes this sentence in respect of violating not only this Court, nor even just the sanctity of the Judiciary, but to the nation he once promised to lead and to the Constitution he once vowed to uphold.

This was a passionate as well as eloquent defence of the constitution and the rule of law. Immediately afterwards, Mzwanele Manyi, the spokesman for the Zuma Foundation, described it as “emotional”.

But, but for once, Zuma has run out of legal runway and must now face the consequences of his action.

South Africa has many problems, and inter-locking fiscal, economic and health crises. But underestimate the strength of its rule of law and the independence of its judiciary at your peril – as Zuma has now discovered.

There is something sad and tragic about his steady but inexorable fall from grace – a motif for the country, in one sense. And yet there is something so high-minded and noble about how the country’s constitution has prevailed over his abuse of power – a far more compelling narrative.

Technology in hospitals can delay care: what doctors and nurses in South Africa told us