The constitution says when interviewing for a particular high court, the judge president of that division must be part of the JSC. 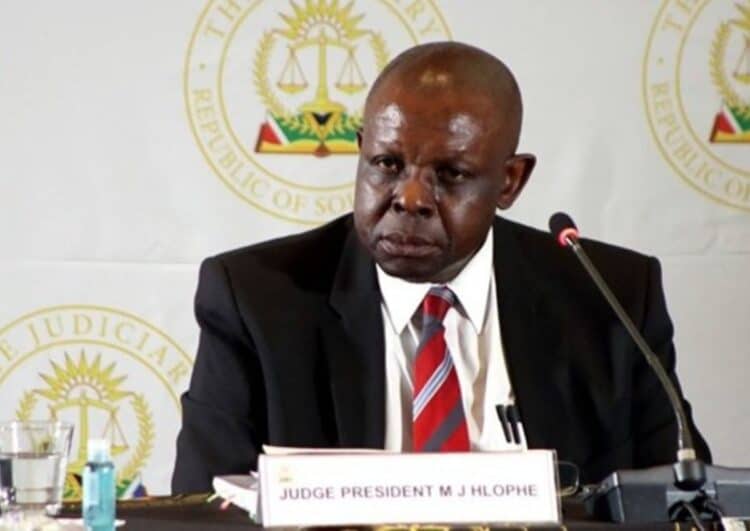 Eighteen months ago, the Judicial Service Commission (JSC) allowed interviews with aspirant judge candidates in the Western Cape High Court division to proceed with Judge President John Hlophe present, despite caution that it could taint the process as he was recently found guilty of gross misconduct.

On Monday, Hlophe again took part in the interviews with aspirant judges, despite the JSC having confirmed the finding by the Judicial Conduct Tribunal that he had breached the Constitution and recommended that he be suspended by President Cyril Ramaphosa pending an impeachment process.

After the afternoon interviews, Judge Noluthando Nziweni got the nod for appointment to the Cape division.

The constitution says that when interviewing for a particular high court, the judge president of that division, or an alternate designated by him or her, be part of the JSC. The premier of the relevant province, must also be there.

In the past Hlophe has designated his deputy to sit on his behalf when his disciplinary matter was pending before it. However, on Monday, after a brief meeting behind closed doors, the interviews proceeded with Hlophe participating.

Hlophe did not hold back and made his displeasure with the record of acting judge Alma de Wet despite having allowed her to serve for six terms in that capacity at his invitation, after questioning to some length about transformation.

Hlophe is litigating against the JSC decision that found him guilty of gross misconduct. He lost in the high court but was granted leave to appeal to the Supreme Court of Appeal.

In the meantime, the JSC on July 25 decided to recommend to Ramapahosa to suspend Hlophe, a decision he is also challenging, in a separate case.

Ramaphosa is yet to decide on whether to suspend Hlophe. Asked on Thursday, Vincent Magwenya, the president’s spokesperson said, “the matter is receiving all the attention it deserves”.