How African Union members came to share power despite themselves

The African Union (AU) held its first summit in 2002, establishing itself as a new international organisation. It also launched a new vision for African security cooperation. 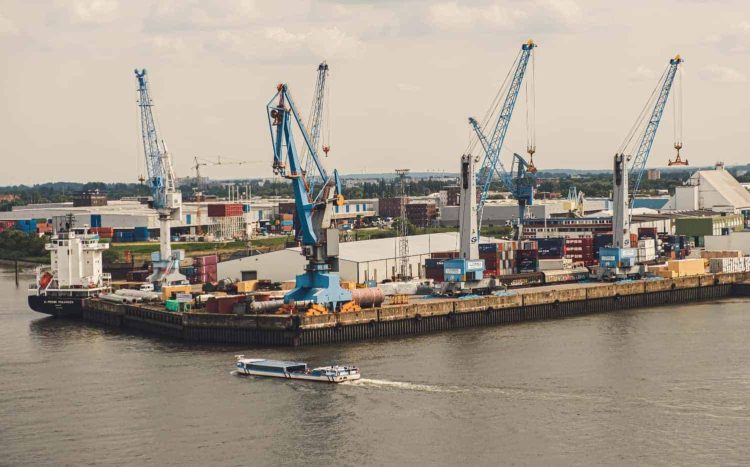 Photo by Moritz Kindler on Unsplash

The African Union (AU) held its first summit in 2002, establishing itself as a new international organisation. It also launched a new vision for African security cooperation.

Nearly two decades later, it is worth reflecting on the process that produced that vision. It may have something to teach us about international negotiations.

The vision is captured by the African Peace and Security Architecture – a framework for promoting peace, security and stability in Africa. It’s intended to prevent, manage and resolve crises and conflicts. Although its effectiveness is debated, it marked a major departure from how African states traditionally cooperated on security.

My research sought to understand how this switch happened. Most negotiation analyses emphasise economic or security-based leverage and narrowly defined material interests. I took a different approach. I looked at the social and organisational environment in which the AU negotiations took place and its effect on the peace and security framework’s form and function.

My analysis offers insights for negotiators and researchers about the significance of social context for the outcome of international negotiations.

From 1963 until the AU replaced it in 2002, the Organisation of African Unity (OAU) usually adopted a “hands off” approach to security. This had its roots in well-founded fears among leaders that their recently acquired political autonomy would be violated by former colonial powers or other OAU members. Therefore, the OAU Charter carefully protected the principles of state sovereignty and territorial integrity.

One consequence was shielding oppressive governments from reprimand for abuses against their citizens. The vast majority of Africa’s conflicts prompted little reaction from the OAU. In several cases, leaders even ruled out discussion. Ugandan president Idi Amin was even elected OAU chairman in 1975, at the height of his government’s human rights abuses.

By contrast, the AU’s approach – at least in treaty documents – is groundbreaking. It gives the Union a much greater security role. Most notable is the AU’s right to intervene in a member state

“in respect of grave circumstances, namely: war crimes, genocide and crimes against humanity.”

The Union also has a much broader range of security responsibilities. These include peacekeeping, human rights protection, and promotion of democracy and good governance. Such shifts started in the 1990s but the new peace and security framework provided a legal foundation for AU involvement in activities like elections. The OAU had viewed these as the sole responsibility of governments.

Many studies of international negotiations assume that participants try to maximise their resources, power or influence. This isn’t what happened when African governments – traditionally very conscious of sovereignty – gave power to an organisation in which members held equal sway.

In trying to understand this outcome, my analysis examined negotiators’ loyalties, rivalries and shared understandings of the world. It also examined the use of informal diplomatic networks.

A strong sense of shared identity developed between the leaderships of South Africa, Nigeria, Ethiopia, Algeria and Mali. They were the most active proponents of the eventual security framework. They privately referred to themselves as the Like-Minded Five.

Their main “sparring partner” was Muammar Gaddafi, with his own alliance of smaller states and a very different vision for the future – a federal “United States of Africa”. The Libyan leader’s focus was much more on threats from outside the continent. And he aspired towards a standing army, led from Tripoli.

The Like-Minded Five produced a united front that reaped several negotiation successes over Gaddafi. Many governments shared a stronger sense of identity with them than with the Libyan leader. Gaddafi’s interest in Africa, many suspected, stemmed from his earlier rejection as a regional leader by Arab countries. The Like-Minded Five capitalised upon this perception.

Another factor that influenced negotiation outcomes was the use of informal pathways of influence. The Like-Minded Five, particularly South Africa, shared a worldview and warm relations with Salim Ahmed Salim, the OAU’s secretary general from 1989 until 2001, when most of new framework was negotiated. His informal engagement with other states helped secure a critical mass of members behind many of the group’s positions.

Also influential was a new but growing understanding among members of how to achieve continental stability and what responsibilities African governments should bear. The decade prior to the AU’s establishment was arguably the most violent in Africa’s history. It witnessed genocides in Rwanda and Burundi, and many major conflicts. These often originated from human rights abuses and repressive rule.

Many African leaders shared a sense of shame over not responding to humanitarian catastrophes, particularly Rwanda’s. That, combined with a sense that the non-African international community could not be relied upon for assistance, smoothed the pathway to reform. One of the drafters of the AU’s Vision and Mission Statement told me;

“Rwanda loomed large as a reminder of just how horribly things could go. It is because of Rwanda in particular that genocide and crimes against humanity are a stated unequivocal pretext for intervention.”

This combination of factors – group loyalties and rivalries, informal pathways of influence, and shared understandings of the world – helps explain the outcome of the negotiations. Without a strong core of like-minded leaders for reform, it is unlikely the AU would have given democracy, human rights and good governance such prominence. Without a strong ally in Salim, their ability to persuade at least some other members would have been very restricted.

This change in how many governments viewed their collective security role allows the AU to be active in peacekeeping today.

Although the impact of social context will vary across circumstances, this snapshot of how it influenced the African Peace and Security Architecture negotiations suggests it’s worth considering such variables when analysing international negotiations. In recent years, Brexit and Donald Trump have created an impression of “transactional diplomacy” with negotiators motivated by little other than self-interested material considerations.

As the AU negotiations indicate, every diplomatic engagement takes place in a particular social context. Understanding that context can prove crucial to understanding what happens.