In Eurasia, both Homo Sapiens and Neanderthals commonly buried their dead in residential sites from at least 120,000 years ago. 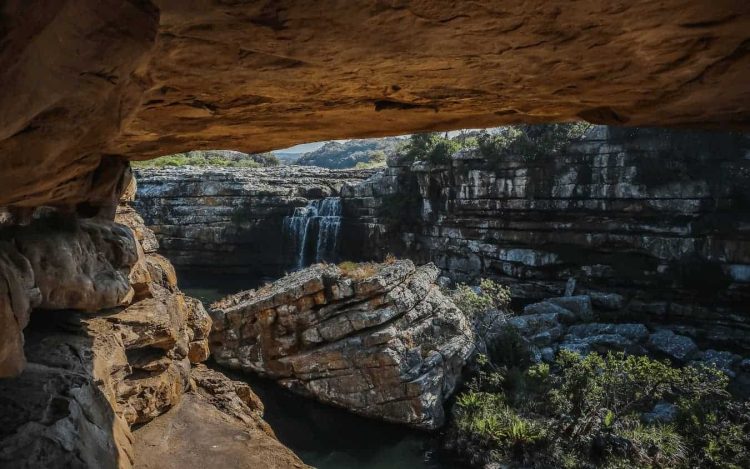 Photo by Arthur Hickinbotham on Unsplash

How did human uniqueness first evolve among our ancestors, setting us apart from other animals? That is a question many archaeologists are grappling with by investigating early records of art, language, food preparation, ornaments and symbols. How our ancestors treated and mourned the dead can also offer crucial clues, helping to reveal when we first developed the abstract thinking needed to fully grasp the concept of death.

Now we have discovered a 78,000-year-old human burial at a cave in the tropical coast of eastern Africa, which provides tantalising evidence about our ancestors’ treatment of the dead. Our new study, published in Nature, describes the burial of a 2½ to 3-year-old child, nicknamed “Mtoto” (Swahili for “child”), at the Panga ya Saidi archaeological site in Kenya. It is the earliest known Homo sapiens burial in Africa.

The excavations began in 2010. So far, they have revealed a record of human occupation from 78,000 to 500 years ago, covering the Middle Stone Age and Later Stone Age periods of African archaeology. Mtoto’s burial lay towards the base of the excavation site and was first recognised because it contained sediment of a different colour from the surroundings.

The initial examination revealed highly degraded bone. We quickly realised that the material was so fragile that standard excavation techniques were not suitable. Instead the whole burial pit was removed as a single block of sediment and sent to the National Research Centre on Human Evolution (CENIEH) in Burgos, Spain.

Several months of painstaking laboratory excavation revealed Mtoto, lying on his/her right side and with the knees drawn towards the chest. The skeleton was reasonably intact, which alongside detailed analysis of the surrounding sediment implied that the body decomposed within a filled grave. The displacements of some bones suggested that Mtoto’s upper body was either tightly shrouded in some sort of perishable material, presumably hide or vegetation, or that the grave was densely packed with sediment during the burial.

Intriguingly, there is also evidence that Mtoto’s head may have been supported by perishable material in the grave. It was found rotated relative to the body, a common occurrence when pillowing decomposes – leaving a void. Clearly, Mtoto was carefully placed within a grave, probably with the upper body shrouded and the head pillowed, prior to burial. The evidence suggests that Mtoto’s body was disposed of deliberately, with some form of community involvement or funerary rite. Certainly the body wasn’t abandoned or accidentally buried by geological processes such as a flood.

What can this tell us about our ancestors? In Eurasia, both Homo Sapiens and Neanderthals commonly buried their dead in residential sites from at least 120,000 years ago. Why does the oldest burial in Africa occur so much later, given the continent’s centrality to the emergence of “modern human behaviour”? One possibility is that prior to 78,000 years ago, African populations treated their dead differently.

There is some evidence that earlier populations in Africa may have removed the flesh from key body parts, notably the cranium, and stored only the bones. This process has been referred to as defleshing and curation. Cutmarks and polishing on three 150,000-year-old skulls found at Herto, Ethiopia , supports this possibility. It is possible that this special treatment of the dead was associated with grief or mourning.

We may also be looking for early human bodies in the wrong places. Most archaeological excavations occur at residential sites. If earlier cultures disposed of bodies away from these areas, they would be archaeologically invisible. For example, bodies may have been left in natural places such as cave fissures or hollows, a practice known as funerary caching.

The precise cultural significance of funerary caching is unclear, but the practice appears to be ancient. A large concentration of hominin bones dated to 430,000 years ago was also found at Sima de los Huesos (Pit of the Bones) in Atapuerca, Spain.

Prior to the discovery of Mtoto, the earliest known African burials were at Taramsa, Egypt (69,000 years ago) and Border Cave, South Africa (74,000 years ago). The Taramsa child was found in a pit, initially dug to mine rock for stone tool production. Consequently this site may be viewed as a late example of funerary caching. The Border Cave infant was excavated in 1941 and, unlike with Mtoto, no information about the position of the remains are available. This makes it impossible to unequivocally describe the evidence from Border Cave as a burial.

But taken together, the evidence possibly suggests that African funerary practices changed over time. It may indicate a shift, sometime between ~150,000 and ~80,000 years ago, from the defleshing and curation seen at Herto, to funerary caching and burials at Panga ya Saidi, Taramsa and Border Cave. It is also striking that all of these sites contain younger individuals. Possibly the bodies of children received special treatment in this ancient period.