Rand Water has warned that there will be no water for customers serviced by Hurstill reservoirs zone. 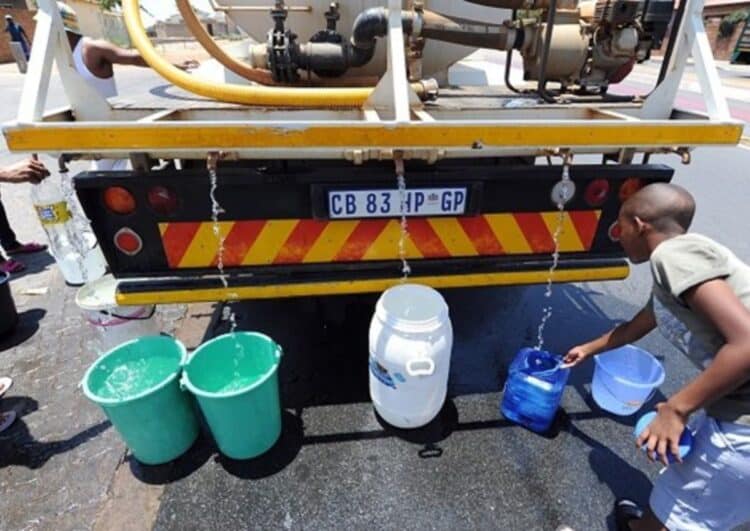 An “emergency meeting” is expected held on Monday by the Johannesburg Water to come up with solutions to the crisis as water went from low to empty.

Rand water has warned that there will be no water for customers serviced by Hurstill reservoirs zone.

“Due to Rand Water’s uninterrupted load shedding shifting from Eikenhof to recover the Palmiet system, Johannesburg’s Water’s Commando system levels have worsened from critically low to empty,” said Johannesburg Water in as statement on Sunday morning.

The deepening water crisis in the province has prompted an “emergency meeting”, which is expected to take place on Monday 17 October with the Department of Water and Sanitation, to devise a firm course of action to bring about sustainable solutions to Gauteng’s water supply challenges.

However, both Hellen Joseph and Rahima Moosa hospitals’ water supply will not be affected.

The water utility says water supply is being provided through stationary water tankers and mobile tankers in affected areas.

This means restricting water pressure by 30%. Should the consumption be too high in a specific area, water will be cut off for a few hours, in a bid to conserve dwindling water levels.

Around 17 million people rely on water supplied by Rand Water. On average, each person in Gauteng consumes more than 300 litres of water per day- compared to the global average of 173 litres.

Water authorities have urged residents to reduce water usage to replenish the reservoirs after the demand soared due to the heat wave in Johannesburg and the rolling blackouts.

Horoscopes and Lucky Numbers for 17 October 2022