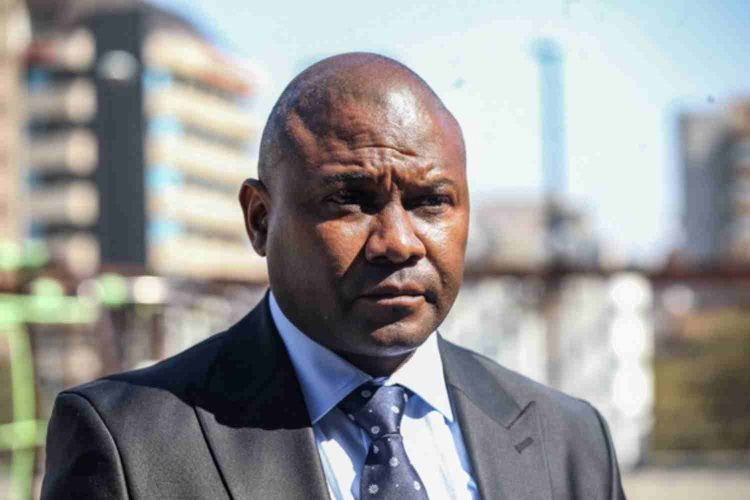 An unidentified pedestrian was rushed to hospital after he was knocked by the mayor’s vehicle which, according to authorities, was trying to swerve away from the man but instead, collided with a bakkie.

The death of the pedestrian has upgraded the police inquest to three cases of culpable homicide and reckless endangerment.

From Matongo’s vehicle, only he was killed. His two bodyguards suffered serious injuries but on Sunday, both men were said to be in stable condition and recovering well in a Joburg hospital.

Matongo’s death came after a day spent on the campaign trail on Soweto alongside ANC leader and president of South Africa, Cyril Ramaphosa.

With only a month in office as successor of the late Geoff Makhubo, Matongo was in high spirits ahead of the 2021 local government elections where the ANC looked to retain control of the metro.

Here were the Joburg mayor’s last words, captured only hours before his fatal crash.

A day after Matongo’s fatal crash, the ANC has resumed its campaign work. Ramaphosa was in Mpumalanga leading door-to-door engagements with locals.

MPUMALANGA: My first stop was at the site where the Tekwane Bridge in Ehlanzeni collapsed earlier this year after the heavy rainfalls, negatively affecting residents and businesses in this area. Plans are underway to start work of reconstructing the bridge. #RegisterToVoteANC pic.twitter.com/XC9mWannla

Speaking on Matongo, the president admitted it was “hard to comprehend this tragedy.”

“Like all of us, he was looking forward to the forthcoming election, and we saw in person today that he had put his heart and soul into mobilising the people of the city to make their voices heard on 1 November.

“The time we spent together has been rendered a priceless treasure given his untimely and traumatic passing. May his soul rest in peace,” the president wrote in a tweet.

Matongo’s family has yet to release a statement with full details on the mayor’s funeral and memorial preparations.

Roast Chicken with Vegetables, made Easy