The man, believed to be in his 40s, was gunned down on Armstrong Avenue, in La Lucia. 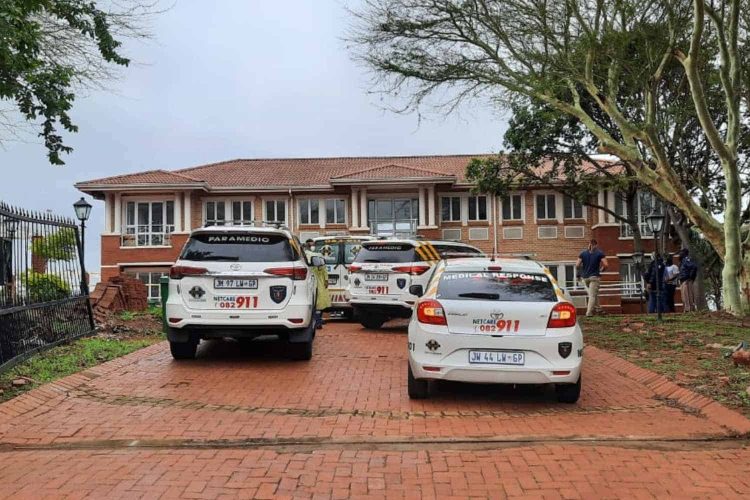 Police in La Lucia have an intriguing whodunit on their hands after a motorist was gunned down in the Durban suburb on Tuesday morning.

What happened in La Lucia?

Details around the incident are still very murky at this time. However, as reported by IOL News, the male occupant of an unknown vehicle was fatally struck multiple times at approximately 08:00 while travelling on Armstrong Avenue.

Eyewitnesses who were in and around the bustling neighbourhood at the time of the incident say all they heard was a hail of bullets piercing the man’s vehicle and then, the next loud bang came from the victim’s car crashing into a nearby office park.

La Lucia police have since cordoned off the street as forensic teams continue to pile through the trail of evidence left by the suspects who are yet to be identified.

Netcare 911 spokesperson Shawn Herbst informed the cited publication of what first-responding paramedics witnessed when they arrived at the scene.

“Reports from the scene indicate that an adult male had been shot multiple times by a high calibre rifle while seated in his vehicle. The man was assessed. However, he showed no signs of life and was pronounced deceased on the scene,” Herbst revealed.

La Lucia law enforcement officials have yet to issue a formal statement with more information on the identity of the victim who was targeted in the seemingly orchestrated attack.

At the time this article was published, it’s presumed the suspects involved in the alleged hit were still at large and considered to be armed and dangerous.

Covid-19 update: Over 11 700 vaccinations given to youngsters in one day