The six other inmates are still at large and police have launched a manhunt for them. 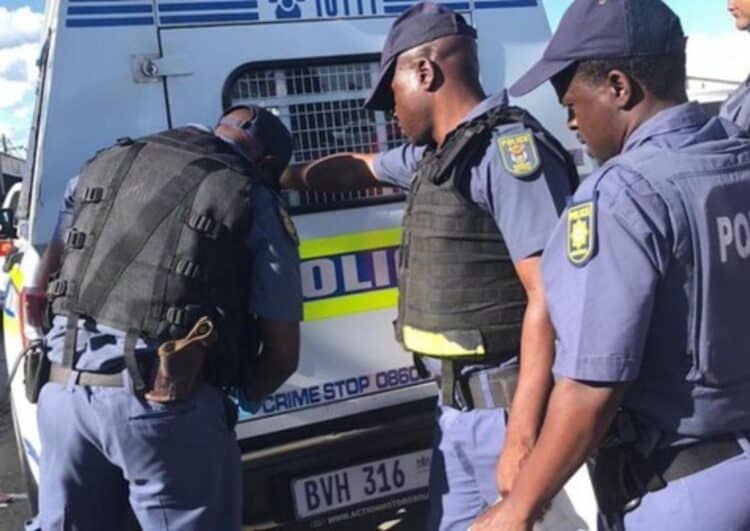 Department of Correctional Services confirms the arrest of one of the seven prison escapees from Makhanda. Photo via Twitter: @ChannelntvLive

One of the seven most wanted prisoners who escaped from the Waainek correctional facility in Makhanda in the Eastern Cape has landed in hospital after being hit by a truck in the Free State.

Singabakho Nxumalo, the correction services spokesperson confirmed on Tuesday night that inmate Bennet Kwarrie, a Zimbabwean national, was caught by police in the Free State after a truck had hit him hours after he and six other prison inmates escaped from the Grahamstown Correctional Facility in Makhanda, on Tuesday morning.

“We can confirm that he is in a stable condition in a health facility in the Free State where he is under strict police guard. The information I have shows that a truck hit him in the Free State while he was still on the run. He will be transferred to another hospital in the Eastern Cape before he is sent back to prison,” said Nxumalo.

The other six inmates who escaped with Kwarrie are still at large and the police have launched a manhunt for them.

The group escaped through a window in the early hours of Tuesday morning.

Their escape was discovered by a warrant officer who saw that lights were on in one of the units when she had arrived at work for standby duties.

“It is alleged that on Tuesday, October 18, 2022, at about 4am, the officer arrived for standby duties to visit the prison when she saw lights were on in one of the units. It was discovered that seven prisoners had escaped through a window. The circumstances surrounding the incident are forming part of the investigation,” said Majola Nkohli, the police spokesperson.

Nxumalo said investigations had been instituted and the circumstances relating to the escape would be confirmed in due course.

Anyone with information about the whereabouts of these criminals is urged to contact the investigating officer, Captain Glen Peter on 082 301 9427or Crime Stop on 08600 10111 or the nearest police station.

Cholera vaccine: Doses become scarce after a surge in the disease