Jacob Zuma summoned the RET faction to his Nkandla homestead, to instruct them to support Nkosazana Dlamini-Zuma at the party's conference. 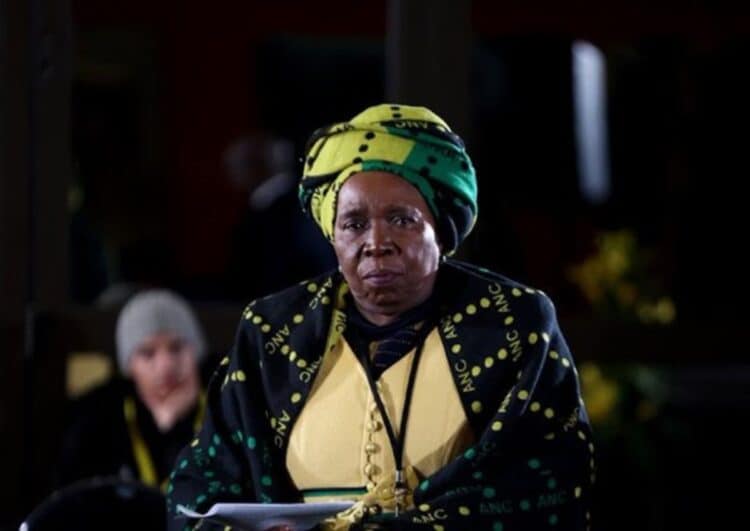 The ANC faction in KwaZulu-Natal which wants former health minister, Zweli Mhize to contest to be the next president of the African National Congress (ANC) has taken a huge knock with the announcement of the return of Nkosazana Dlamini-Zuma.

The co-operative governance minister confirmed she will challenge President Cyril Ramaphosa for the position of ANC leader in the elective conference.

It is alleged that that former President Jacob Zuma summoned the Radical Economic Transformation (RET) faction to his Nkandla homestead this past weekend, to instruct them to support Nkosazana Dlamini-Zuma at the party’s elective conference in December.

Zuma reportedly stressed the importance of a united front in their battle for the leadership of the ANC. “He said they couldn’t be defocused and consider other candidates to challenge Ramaphosa,” a source told the publication.

The announcement of Dlamini-Zuma joining the race for the leadership position comes after several branches in the province were rallying behind Zweli Mkhize- who has significant support in key ANC regions such as Moses Mabhida and eThekwini.

Some of Mkhize’s key supporters in the province said told The Witness on Sunday that the announcement of Dlamini-Zuma joining the race for the leadership position caught them by surprise.

An ANC leader in KwaZulu-Natal said: “Frankly speaking, I don’t know what the implications would be for comrade Zweli’s support network. My hope is that her [Dlamini-Zuma’s] decision would not divide the province ahead of the national conference”

While Dlamini-Zuma’s ANC leadership race entrance has caused fears that history could repeat itself, Mkhize’s key campaigner, Sibusiso Mkhize, said the former health minister’s campaign has reached an advanced stage and that “nothing will derail it”.

“It’s absolutely not true that the recent announcement has created problems for our programmes. We remain resolute that comrade Zweli is the only solution to the current challenges faced by the ANC. If you check his track record you will realise that he is a leader who helped the ANC navigate through a number of obstacles, particularly here in KZN. He is a tried and tested leader”