Matthew Perry opens up about dark times while filming Friends

In a memoir being released on the 1st of November, Matthew Perry pulled back the curtain on his addiction struggles. 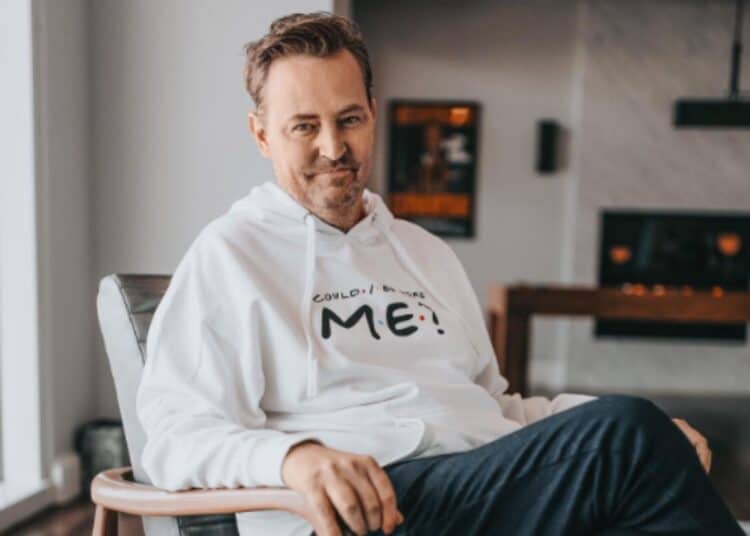 Matthew Perry will be releaseing his new memoir on November 1st. Photo: Instagram/mattperry4

Matthew Perry is getting candid about his struggles with addiction while filming Friends.

Friends actor gets candid about addiction

In an exclusive interview with People, Matthew Perry opened up about his near-death experience. That is, at the age of 34 years old. The actor noted that his family was told that he had a two percent chance of living.

“I could handle it, kind of, but by the time I was 34, I was really entrenched in a lot of trouble. The doctors told my family that I had a two percent chance to live. That’s the time I really came close to my life ending,”

While explaining his fluctuating look on the sitcom Friends, Matthew Perry expressed that he went through using different things at different times. Noting that sometimes he will have an addiction to pills and other times, a more extreme addiction to alcohol.

“If you gauge my weight from season to season — when I’m carrying weight, it’s alcohol; when I am skinny, it’s pills. When I have a goatee, it’s lots of pills,”

Matthew Perry “felt like [he] was going to die”

Previously, Matthew Perry shared on the Friends reunion that he couldn’t remember at least three years of filming on the Friends show. He noted that he would experience intense anxiety. To the point where he would depend on the laughs of the audience to feel like he was doing a good job.

“To me, I felt like I was going to die if they didn’t laugh. If I didn’t get the laugh I was supposed to get, I would freak out,”

During his difficult times, Matthew Perry shared that his co-stars were very patient. As well as understanding his struggles and always supporting him.

“They were understanding, and they were patient. It could be said that (doing the show) saved me,”

To date, Matthew Perry has undergone 14 surgeries related to addiction and was checked into rehab 15 times. His memoir, Friends, Lovers, and the Big Terrible Thing will be released on the 1st of November.