The new attorney, Sipho Ramosepele, on Monday told the court that he would be taking over from Thobane for accused one and two. 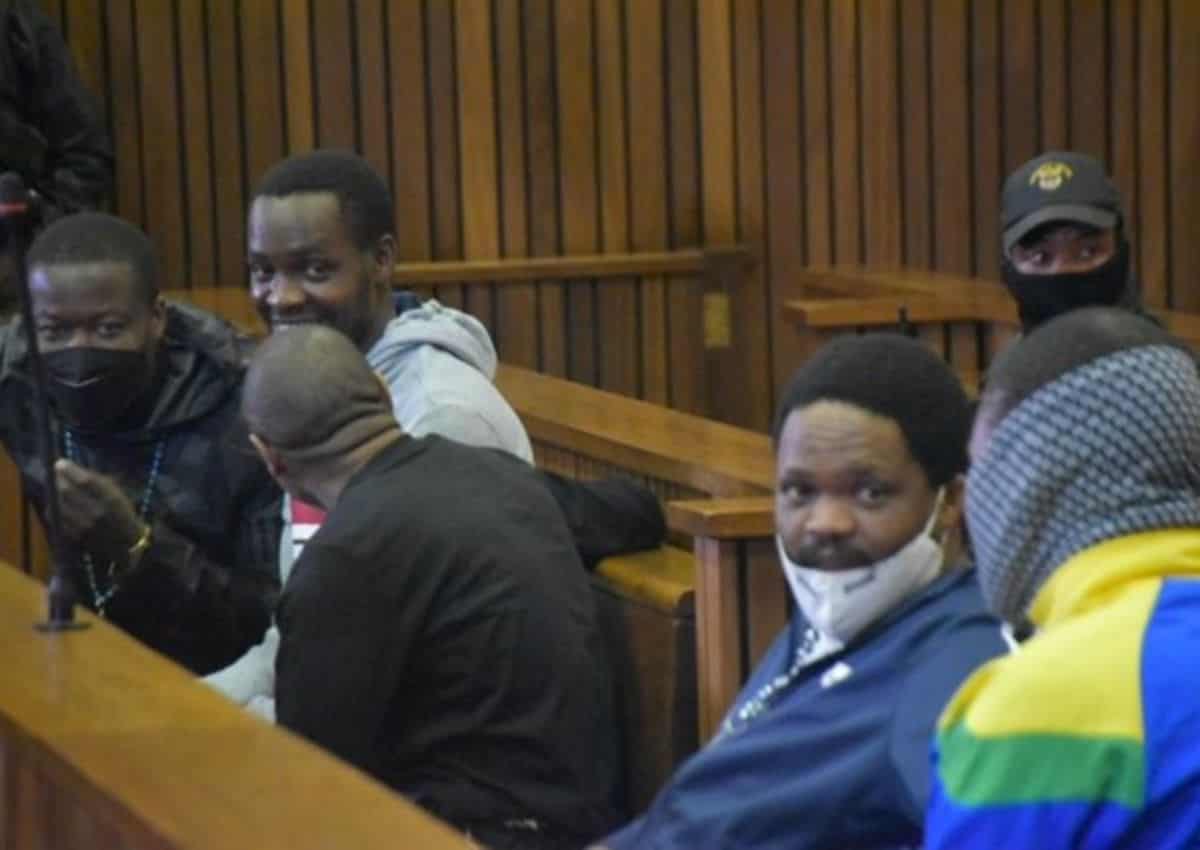 The five accused in the Senzo Meyiwa murder trial talking before trial got underway. Photo via Twitter: @KingKAzania

The trial against five men accused of killing former Bafana Bafana and Orlando Pirates goalkeeper Senzo Meyiwa has been postponed to May next year.

The trial resumed on Monday morning in the high court in Pretoria.

The State on Monday was expected to put its fourth witness on the stand, but the trial had to be deferred to 2 May 2023, after accused number one and two- Muzikawkhulelwa Sthemba Sibiya and Bongani Sandiso Ntanzi- appointed attorney Sipho Ramosepele as their new legal counsel.

Both the accused along with two other suspects were previously represented by defence attorney Tshepo Thobane, while advocate Zandile Mshololo has been representing accused number five.

The new attorney, Sipho Ramosepele, on Monday told the court that he would be taking over from Thobane for accused number one and two.

The move caught Thobane off guard as both accused number one and two did not provide any reasons for their decision to turn to advocate Sipho Ramosepele.

Thobane confirmed that he only learnt of the change in legal counsel on Monday morning, just before the court proceedings got underway.

“There was no communication from the new legal representative on record. We only found out this morning in court when the court was about to begin,” he said.

Presiding judge Tshifiwa Maumela postponed the trial to May next year, in order to give the new attorney Ramosepele a chance to familiarise himself with the case and go through the trial transcripts and the contents of the case docket.