Mkhwebane impeachment: Staff addressed Busisiwe as “madam” and had to stand when she entered the room 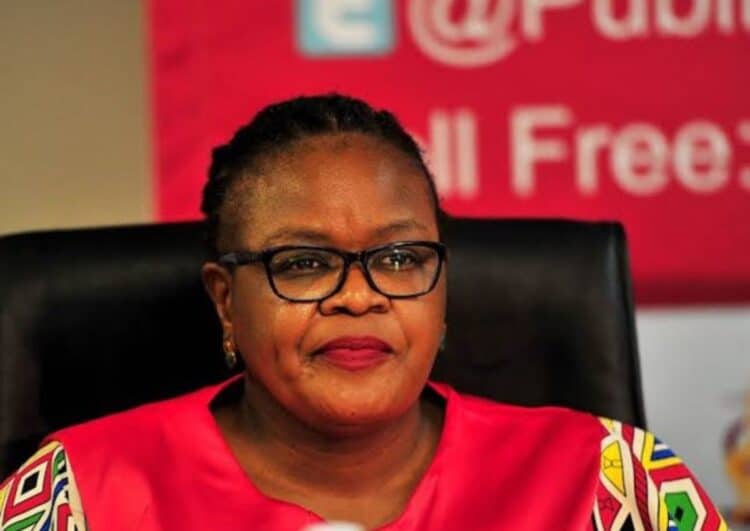 Former chief operating officer (COO) at the office of the Public Protector (PP), has told the section 194 inquiry into Busiswe Mkhwebane’s fitness to hold office that employees had to address the suspended Public Protector as “madam and bow down to her.

Basani Baloyi, who is currently a deputy director-general in the Gauteng Department of Health, gave testimony on Monday to the Section 194 Committee which has to determine whether Mkhwebane is fit to hold office or not.

“The PP’s leadership style was authoritarian. She must be addressed as ‘madam’. She must be bowed down to literally, adding that staff had to stand up when Mkhwebane entered the room,” read Baloyi’s affidavit to the committee.

Baloyi told the committee of how Mkhwebane refused to treat staff with dignity and respect, saying that she perceived this as exercise of power which was unusual.

“Her style of leadership was characterised by inflexibility, irrationality and failure or refusal to treat her staff with dignity and respect. She fostered a culture of mistrust and insecurity within the organisation,” her affidavit continued.

According to Baloyi, investigators would cry literally so when they were moved to investigations where they had no experience.

Furthermore, Baloyi told the committee that Mkhwebane put pressure on her to take disciplinary action against staff members.

“On many occasions I would refuse to take such steps against staff members who reported to me after the PP had instructed me to do so, in circumstances where they had furnished me with reasonable explanations for their failure to perform the tasks at issue.”

Baloyi alleged that she was purged from the office of the public protector. She said Mkhwebane wanted her gone, after her six months’ probation period ended in July 2019.

Baloyi said the Public Protector’s office last month offered to reach an out-of-court settlement to a legal battle where she initiated to challenge her dismissal in 2020.

Some relief as mayor announces 5% rates increases for Joburg schools

Nationa Shutdown: Saftu calls on the working class and unemployed to take part in protest on Wednesday