Mkhwebane reassures Section 194 committee her legal team has not withdrawn

Mkhwebane said it would not be fair to continue without her legal team present. 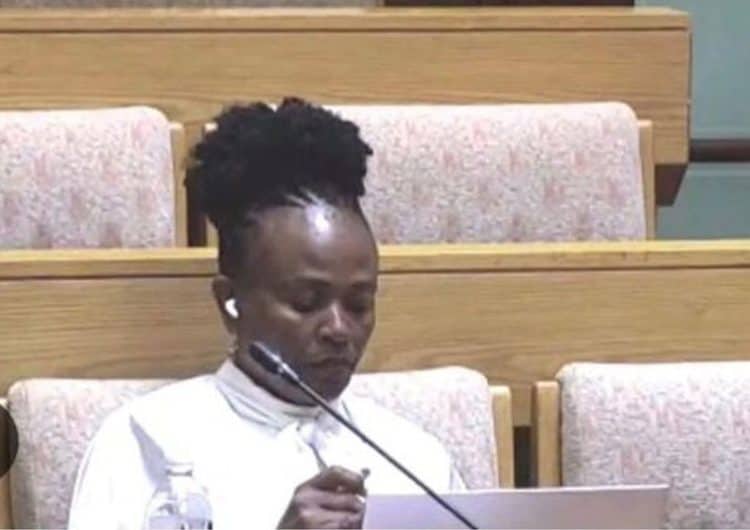 Busisiwe Mkhwebane listening to evidence against her in the impeachment inquiry. Photo via Twitter: @IsmailAbramjee

Suspended Public Protector Busisiwe Mkhwebane faced the Section 194 inquiry on her own again on Tuesday, but reassured members that her legal team had not withdrawn.

Mkhwebane said the unprecedented walkout by her legal team last week Thursday was not an official withdrawal. She went on to accuse the committee conducting the inquiry of being hostile.

She told the committee that her legal team had not withdrawn, while also taking a swipe at the inquiry and the media accusing them of being hostile.

“It was never the case that any of my legal representatives withdrew from representing me or walked out as incorrectly alleged by some members of the committee, the parliamentary legal advisor, and some sections of the media who are hostile to me.”

Mkhwebane added that it would not be fair to continue without her legal team present.

“They were here for that application for postponement, and I’m very much concerned to proceed without my legal representation.”

After two hours of arguing about the nature of reality itself, Qubudile Dyantyi, committee chairperson, resolved to continue hearing evidence from the PPSA legal services manager.

On Tuesday, the committee heard through the testimony of the senior manager of legal services at the Office of the Public Protector, Cornelius van der Merwe, that the consultancy work was given to Kim Heller, now deputy vice-chancellor at the University of Zululand, Professor Sipho Seepe and Paul Ngobeni, who was declared a fugitive by the US and disbarred from legal practice.

The committee heard the trio were paid over R390 000 for doing work around the “media onslaught”. But after further discussions with Mkhwebane, they extended their “scope and network beyond communication services” and included “unique strategic offerings”.

According to an email that Heller had sent to officials in the institution, including former spokesperson Oupa Segwale, she outlined that the “unique strategic offerings” included thought leadership, research, and investigative capacity.