The court found that the SCA hearing the matter would be a waste of time and court resources. 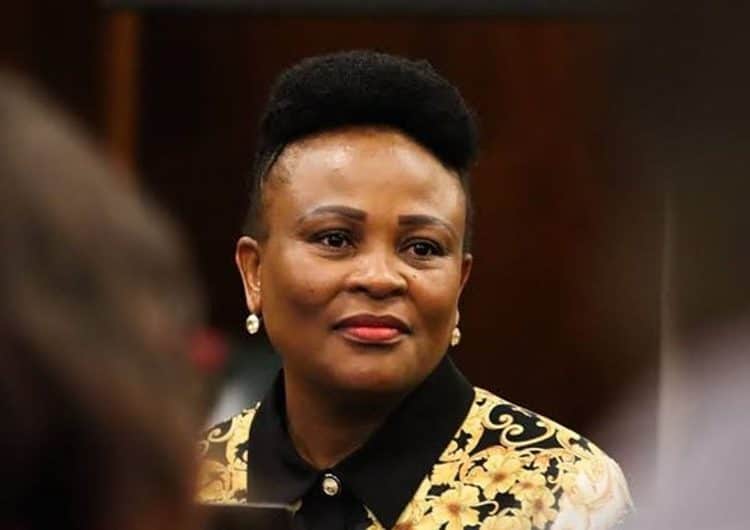 Suspended public protector Busisiwe Mkhwebane has suffered yet another defeat after the Western Cape High Court on Thursday dismissed her application to approach the Supreme Court of Appeal (SCA) to challenge her suspension.

Mkhwebane wanted to approach the SCA in an attempt to overturn the High Court’s decision which ordered her not to return to office but wait for the ConCourt to make a ruling on her suspension.

The court found that the SCA hearing the matter would be a waste of time and court resources. Last month, a full bench of the Western Cape High Court- judges Lister Nuku, Matthew Francis and James Lekhuleni- handed down a judgement, asserting that the Constitutional Court must first confirm their order to overturn Mkhwebane’s suspension by President Cyril Ramaphosa before it takes effect.

Arguing on behalf of Mkhwebane, advocate Dali Mpofu SC, doubled down on his assertion that the Constitutional Court does not need to confirm the courts ruling setting aside Mkhwebane’s suspension.

Mpofu argued that there were grounds for leave to appeal, as another court could come to a different conclusion.

The full bench did not agree. Its judgement handed down on Thursday reads: “We have carefully considered the submissions of the applicant [Mkhwebane] and the supporting respondents [UDM, ATM, PAC] but can find no deeming features that persuade us that there is a reasonable possibility that another court would come to a different conclusion.”

The court had another “compelling reason” to turn down Mkhwebane’s application.

“If leave is granted to appeal the SCA, it would have no practical result.”

The court took note that the matter is set down for 24 November in the Constitutional Court.

“Thus, the Constitutional Court is seized with the pending applications and appeals which will finally determine the lawfulness of the applicant’s suspension.

“In our view, granting leave to appeal in this case would lead to a piecemeal adjudication and delay the determination of the dispute. In addition, leave to appeal to the SCA in these circumstances would be impractical and a waste of public funds, time and judicial resources.”

Horoscopes and Lucky Numbers for 4 November 2022