Four of the newly appointed MMC's are ANC members, with the other six coming from different coalition parties. 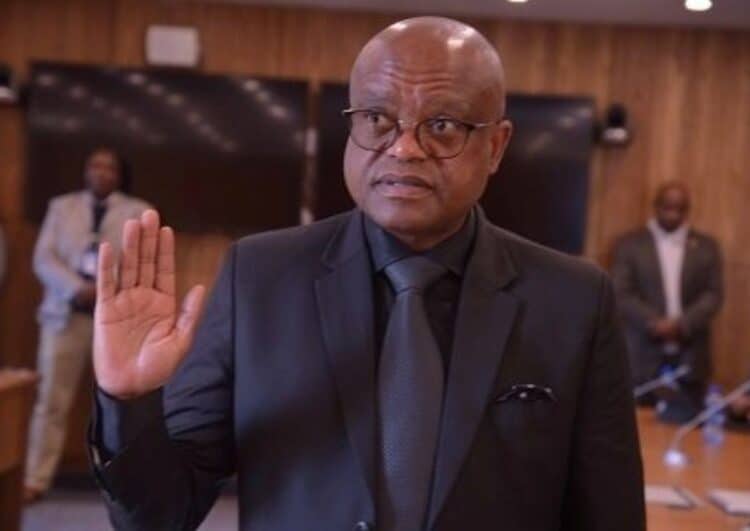 ANC's Dada Morero sworn in as the new mayor of Johannesburg. Photo via Twitter: @TrackMyMayor

The new MMC’s were announced by Morero on Saturday in Krugersdorp.

This is after Democratic Alliance’s (DA) Mpho Phalatse was removed as mayor on 30 September in a motion of no confidence.

Four of the newly appointed MMCs are ANC members, with the other six coming from different coalition parties. The committee is set to be sworn in on Monday 10 October.

The Patriotic Alliance (PA), which was instrumental in helping the ANC oust the DA, was awarded two MMC positions.

Ashley Sauls and Anthea Natasha Leitch both from the PA are now in charge of transport and housing respectively.

Meanwhile, the DA is still going ahead with court action to reverse Phalatse’s removal.

In a statement on Sunday, the former mayor said she would brief the media on Monday at the DA’s Bruma headquarters, Nkululeko House, on what the party calls the “unjustified obstruction of the good work done by the multi-party government”.

Morero said he listened to the cries of the minority parties who demanded an inclusive mayoral committee and has given them chairs in the executive committee in the city.

Horoscopes and Lucky Numbers for 10 October 2022