A fast and efficient response from fire fighting teams has controlled the many fire ignitions along OuKaapse Weg early today. 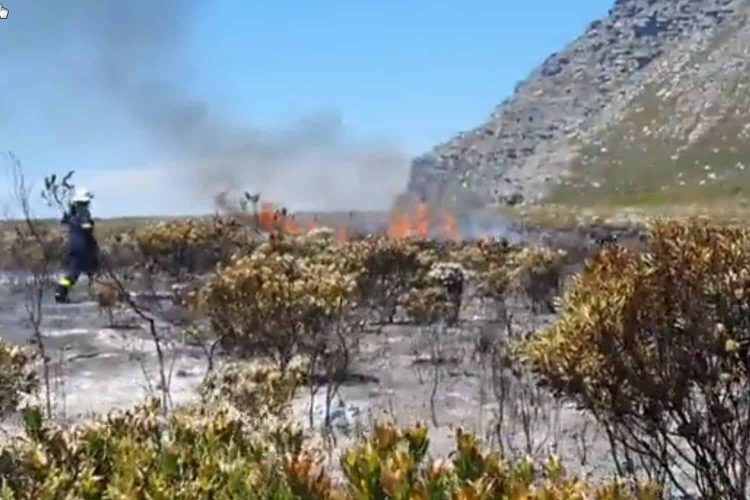 Earlier today Cape Town’s OuKaapse Weg mountain pass was closed to traffic in both directions due to multiple fires igniting on either side of the road. Thanks to swift response crews, it seems that all seven areas of ignition are now under control. However, fire fighting crews will be monitoring the still volatile situation closely.

Multiple ground crews responded to the numerous ignitions on OuKaapse Weg earlier today. Including Table Mountain National Parks, NCC Wildfire, Volunteer Wildfire Services, and SANParks. Within a very short time, there were approximately 80 staff members on the scene as well as 12 firefighting appliances.  To add to this, choppers have been water bombing the area. The City of Cape Town and Working on Fire, a Department of Forestry, Fisheries and the Environment also dispatched three helicopters for water bombing.

Philip Prins, Fire Manager for Table Mountain National Park says “it took us about an hour to get this fire under control. Initial attack definitely worked for us today”.

Due to the areas still being fairly prone to taking fire OuKaapse Weg is still closed for the moment. And various crews will be remaining on the scene to supervise hotspots. Four helicopters will also be remaining to continue water bombing.

The department asks the public to be especially vigilant and aware of any possible fires, especially over this weekend as we face high temperatures. Fire prevention behaviour is a must for all.

Did You Know? The largest diamond ever found was discovered in South Africa