Germany’s commitment of €1.1bn for development projects in Namibia is too cheap a price to pay for remorse. 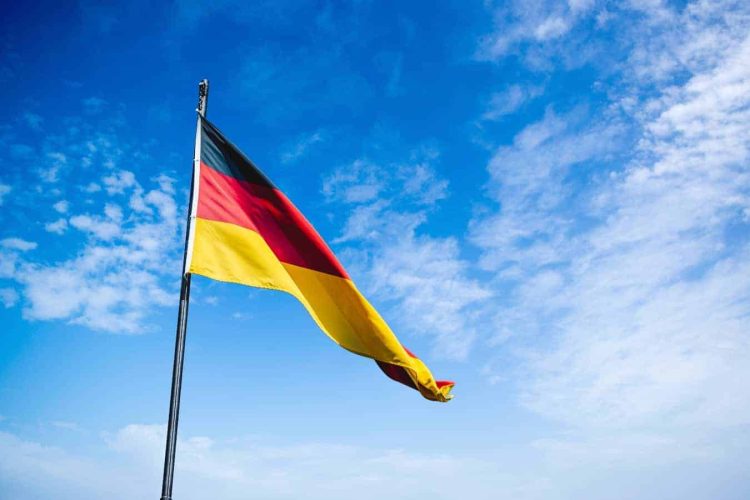 Photo by Christian Wiediger on Unsplash

The recent “joint declaration” of the Namibian and German governments on dealing with the 1904-08 genocide marks the first time a former colonial power has officially offered an apology to another country for state sponsored mass crimes.

The agreement stipulates that Germany will pay €1.1bn for development projects in Namibia over the next 30 years.

Some pundits consider the accord a potential template for efforts towards post-colonial reconciliation for other former colonies and colonial powers.

We recognise that this is the first time that a former colonial power has admitted an historical injustice on a state-to-state level. But the negotiated compromise displays glaring shortcomings in being overly cautious to avoid any legal implications for Germany that may create a precedent. It also shows that the limited participation of representatives from the Namibian communities most affected by the genocide is hampering true reconciliation.

In our view bilateral agreements between governments – like this one – fall short of a true decolonisation of relations between people.

The agreement is the result of protracted negotiations between Germany and Namibia. It builds on former pronouncements, such as the 2004 speech by the German Minister for Economic Cooperation, Heidemarie Wieczorek-Zeul, at the centennial of the battle at the Waterberg, which marked the beginning of the genocide.

She acknowledged that what had happened was “a war of extermination … today called genocide” before asking: “forgive our trespasses and our guilt”.

More than a decade later, in mid-2015, the German Foreign Ministry conceded that the warfare in 1904-1908 was tantamount to genocide. At the end of that year, bilateral negotiations between the two governments were initiated. But these kept on hitting stumbling blocks.

Wary of possible far-reaching legal obligations, Germany wanted to negotiate the format of its apology to Namibia. It was also reluctant to use the term “genocide”. It has always refused to accept the term “reparations”.

A few years earlier, in 2011, some initial progress had been made in addressing the colonial atrocities with the first return of human remains from Berlin to Namibia of the victims of the genocide. The skulls and other human body parts had been taken to colonial Germany for anthropological anatomical studies that later contributed towards Nazi “race science”.

Subsequently, many more opportunities for meaningful reconciliation were missed.

The fear of potential legal implications of any agreement, and the precedent that might create for Germany and other former colonial powers, loom large. They fear opening the door for reparations.

From a German perspective, this also includes pending claims by Greece, Italy and Poland for compensation for mass atrocities committed by German soldiers from World War II.

The recent compromise negotiated by Germany and Namibia avoids such a “trap” for Germany and other former colonial powers.

Too little, too late

Germany’s commitment of €1.1bn for development projects in Namibia is too cheap a price to pay for remorse. Compared with the lasting human costs and material damage created in Namibia, this amounts to tokenism. As Ovaherero paramount chief Vekuii Rukoro has said, it adds insult to injury.

The annual payment over the next 30 years amounts to about €37 million, just about N$618 million at current exchange rates. Namibia’s national budget for 2021/22 is N$67.9 billion.

For the Namibian government, such money is a tempting carrot. After all, the country’s economy is in a deep recession. COVID-19 has added to the fiscal crisis.

Thus, such a financial injection would come in handy, especially at a time of eroding trust in government. The money is earmarked for land reform and development, rural infrastructure, energy and water supply as well as education.

Germany’s President Frank-Walter Steinmeier is expected to visit Namibia to ask for an apology in the National Assembly. But such an official policy level engagement cannot replace a direct exchange with the descendants of the most affected communities, who have threatened to welcome the German president with a protest.

After the negotiations were concluded, the German Foreign Ministry issued an official statement. It stressed that the recognition of genocide did not imply any “legal claims for compensation”.

Instead, the “substantial programme … for reconstruction and development” was declared as a “gesture of recognition” for the wrongdoings by Germany.

One wonders if “gestures” are indeed an adequate form of recognition. Given the dimensions of the crimes committed then, more empathy would be an important signal. Such formal language can be very humiliating and hurtful.

Reconciliation needs more than material compensation. The devastating demographic and socio-economic consequences of genocide can never be compensated. Significantly improving the well-being of the descendants of the victims would be an important material aspect. This requires more than the payments offered.

So is an adequate expression of remorse in recognition of the historical injustice. The “joint declaration” states that

The Namibian Government and people accept Germany’s apology and believe that it paves the way to a lasting mutual understanding and the consolidation of a special relationship between the two nations.

Without consultation and legitimacy, the two governments here declare what the Namibian people are supposed to accept.

Notably, even the representatives of three Ovaherero Royal Houses participating in the final round of negotiations indicated on their return home that they would not endorse the suggested agreement.

Through a long and halting process, Germany has ultimately made significant progress in facing up to the atrocities of the Holocaust of European Jews during World War II. Its remembrance is now claimed as part of the Germany’s DNA. The Holocaust memorial in central Berlin does that for Jewish victims.

And Germany has reached a measure of reconciliation with neighbouring France, and to a lesser extent with Poland for its crimes during the war.

Germany’s colonial atrocities should also enter public memory. Public commemoration of the victims of numerous crimes committed under German colonialism, such as those in Namibia, is long overdue.

If there is a lesson to be learnt from these actions, it is that bilateral agreements between governments cannot replace reconciliation between the people of the two countries concerned. The descendents of the victims on the Namibian genocide are traceable, but what about the perpetrators? As the Namibian activist and author Jephta U Nguherimo has stated,

President Steinmeier should deliver his apology to the Bundestag for the German people to understand and learn about their untold genocide.

So far, this vital perspective is totally missing.

A compromise, but not yet a solution

The German-Namibian agreement is the limited result of a compromise reached through flawed government negotiations. Still, this is a widely acknowledged pioneering step.

From a German perspective, the admission of guilt with the consequences attached is one step towards breaking continued colonial amnesia.

This could ultimately foster long overdue awareness of Germany’s colonial past. It can promote unreserved recognition that Germans occupied foreign territories and subjugated people, creating lasting damage. But even this would contribute little towards healing festering wounds in Namibia.

Decolonisation and reconciliation must become a shared process between people. Governments can help to facilitate such a process. They can never supplant it.