Nigeria has a new police chief. Here’s an agenda for him

The demand to rejig the security architecture was not the only one. There were also cries against the way the police carry out their duties especially in the area of human rights and different forms of abuse they mete out to citizens. 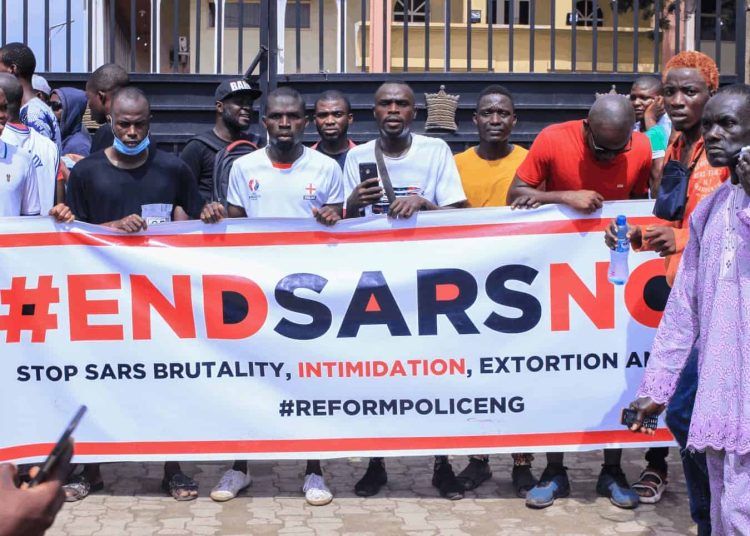 Photo by Tobi Oshinnaike on Unsplash

The appointment of Usman Alkali Baba as Nigeria’s acting Inspector General of Police on April 6, 2021 brought a kind of closure to calls for reform of the Nigerian security architecture. It was applauded in some quarters.

The main demand was to replace the heads of security services to infuse new blood into the fight against various forms of insecurity, including banditry and kidnappings.

The demand to rejig the security architecture was not the only one. There were also cries against the way the police carry out their duties especially in the area of human rights and different forms of abuse they mete out to citizens. This culminated in demanding for the abolition of the Special Anti-Robbery Squads (SARS) set up by different police formations across the country. It became the #ENDSARS movement which resonated across the globe.

The #ENDSARS movement also demanded an end to police brutality, as well as justice and compensation for its victims. It asked for inquiries to investigate and prosecute reported cases of police misconduct, and for better welfare packages for police officers.

President Muhammadu Buhari replaced all the service chiefs – the army, navy, airforce, and the chief of defence staff – on January 26, 2021 but extended the tenure of the former police chief, Mohammed Adamu, for three months. Now Baba has replaced Adamu.

The Inspector General is the administrative and operational head of the police and is responsible for the deployment of the personnel and resources of the force to ensure public safety.

Part of the new incumbent’s job will be to build a more accountable and public-friendly police force. He will need the support and cooperation of the public, among others. He must pay attention to the immediate and remote causes of the protests that have taken place, and follow up on recommendations of the judicial panels of inquiry into human rights abuses by the police.

My research on community policing has identified some challenges and suggested some ways in which citizens can take an active part in policing.

Community policing is the recognition that for the police to do their work, they need the approval of the public. It’s based on the concept that police officers and private citizens working together in creative ways can help solve community problems related to crime, fear of crime, social and physical disorder and neighbourhood decay.

A start was made on community policing under Adamu. For example, the police engaged volunteers from the public as special constables to perform administrative work.

But my research has highlighted several barriers to this approach in Nigeria: corruption, impunity, poor funding, indiscipline and inadequate facilities, among others.

In one study I noted that some members of society interfere in the course of justice. Some corrupt police officials want the status quo to be maintained. The police also have financial constraints and a poor public image. The new inspector general must tackle all these problems. He must ensure that available funds are used effectively and enforce discipline among officers.

My work on the Nigerian police’s image crisis concluded that the police could not afford to lose the trust and confidence of the public if the fight against terrorism, extremism, and high profile criminality was to be won.

In the context of increasing banditry and kidnapping, policing will have to be led by intelligence. That requires a cooperating public to volunteer information to the police. The new chief will have to ensure the relationship with the public and with other security agencies is conducive to sharing information.

The relationship of the police with some ethnic militias has been tense and this will have to be managed. Militia groups are a sign that the public has lost faith in formal law enforcement and security services, as one of my studies has shown.

Although the new inspector general was part of the previous management team, he could still bring some innovations to policing in the country. For instance, there are robust provisions in the new Police Act 2020 and the Administration of Criminal Justice Act which could ensure that the police are accountable in protecting lives and properties. The provisions relate to what constitutes an offence by a police officer, establishment of police complaints response unit for citizens to report infractions of officers and discipline within the force.

Errant police officers should be exposed and disciplined. Morale among dedicated officers could be boosted through various incentives. All should be accountable and transparent in their operations.

Training and retraining to boost the capacity of police should equally be tackled. This would also enable them to identify and deal with their inherent biases and give them confidence in carrying out their responsibilities. They also need to develop their interpersonal skills to improve police image.

The police need to be re-positioned with contemporary policing techniques. They are not well equipped at present to tackle terrorism and other violent crimes. Since the constitution places the maintenance of internal security under the police, they should respond more decisively to the many challenges within the country.

They need up to date weapons and technology. Body cameras, for example, can improve accountability, reduce abuses, enhance evidence collection and document events. Automated licence plate readers, drones for aerial surveillance and apps to allow citizens to report crimes would also contribute to building the public’s confidence in the police.

Better housing, robust insurance policies, and regular payment of pensions are some of the ways that the welfare of police can be improved. These will give them less incentive to turn to corruption for survival.

The change of guard in the leadership of the Nigerian police is an opportunity to advance policing in the country. The new inspector general is in a position to do things differently and get better results.