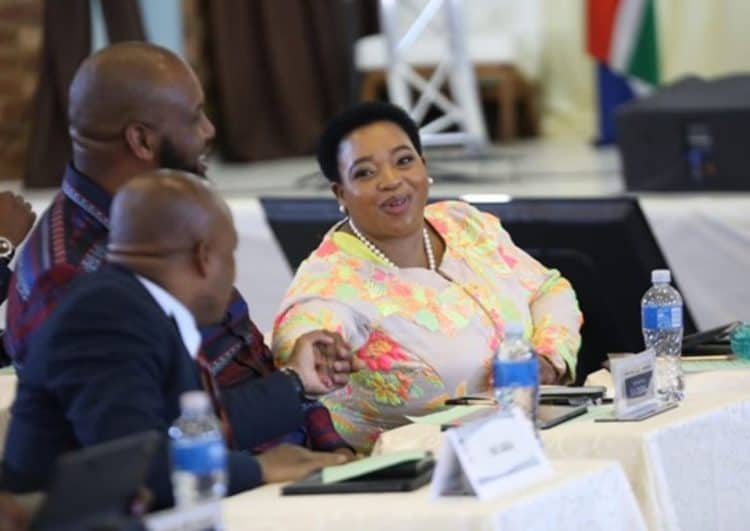 Nomusa Dube-Ncube has officially been sworn in as the new premier of KwaZulu-Natal. She takes over the new position following the resignation of Sihle Zikalala.

The legislature sat in Mooi River on Wednesday to elect the new premier. Two names were brought forward before the house. The African National Congress (ANC) with Dube-Ncube and the Democratic Alliance (DA) nominated Mabatho Tembe.

Dube-Ncube received 45 votes and was sworn in as the new premier after beating Tembe. The Inkatha Freedom Party (IFP) did not field in any candidates to contest for the position.

Dube-Ncube is the first female premier elected to lead the province of KwaZulu-Natal since 1994 when South Africa became a democratic state. She officially took her oath of office.

“Thank you very much Acting Judge President Madondo, honourable members. I, Nomusa Dube-Ncube, swear that I’ll be faithful to the republic of South Africa and will obey, respect and uphold the Constitution and all other laws of the Republic and I undertake to hold my office as Premier of the province of KwaZulu-Natal with honour and dignity,” Dube Ncube said.

She holds a master’s degree in public administration and is pursuing a PhD. She served as the speaker of eThekwini municipality before being assigned on a foreign mission as the ambassador to the Czech Republic.

She was previously MEC for the department of economic development, tourism and environmental affairs. Dube-Ncube was most recently MEC for finance.

Chloe Bailey calls out trolls who criticized her music