Senzo Meyiwa: NPA to decide on the second docket after trail conclusion 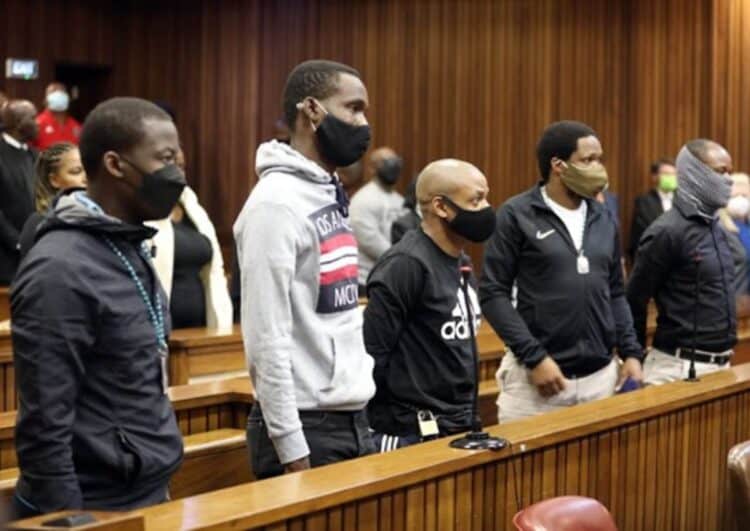 Pretoria director of public prosecution (DPP) Sibongile Mzinyathi says a decision of the so-called “second docket” in the Senzo Meyiwa murder case will be made at the conclusion of the trial.

The former Orlando Pirates and Bafana Bafana goalkeeper was shot and killed in 2014 at his then girlfriend Kelly Khumalo’s house in Volsoorus, Boksburg, on the evening of 26 October.

Five years later, a second docket was registered in 2019, under CAS number 375/1/2019, which also sought to investigate the murder of Meyiwa. In the second docket it is alleged that Kelly Khumalo is the actual person who pulled the trigger that killed Meyiwa.

Muzikawukhulelwa Sibiya, Bongani Ntanzi, Mthobisi Mncube, Mthokoziseni Maphisa and Sifiso Ntuli were arrested and charged with the murder of Meyiwa, based on the first docket. Their trial resumes next week.

During trial, advocate Malesela Teffo, who represented four of the accused, before he withdrew from the case, said the second docket had its own investigating officers with different findings and an entirely different group of suspects.

According to the second docket, Kelly Khumalo, her mother, Gladness, her sister Zandi, Meyiwa’s teo friends, Tumelo Madlala and Mthokozisi Thwala, Zandi’s boyfriend Longwe Thwala, and Maggie Phiri were named as the suspects to be charged, according to exhibit C.

In another turn of events, the National Director of Public Prosecutions issued a directive on 22 August that the second docket be transferred from South Gauteng DPP’s jurisdiction to the North Gauteng DPP in Pretoria.

In a letter addressed to Teffo and instructing attorney Tshepo Thobane last week, Sibongile Mzinyathi said national director of public prosecutions Shamila Batohi issued an amended directive transferring jurisdiction in the case from the DPP in Johannesburg to the DPP in Pretoria.