The suspect was questioned yesterday and after further investigations, it was discovered that Parliament's sprinkler system was turned off. 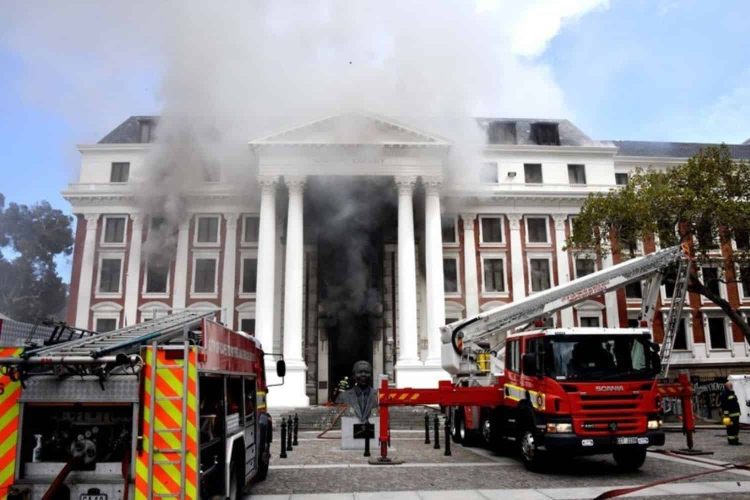 After a devastating fire broke out in the Old Assembly building of the Cape Town Parliament on Sunday morning, a man was taken in for questioning by the Hawks.

The suspect will appear in court

Parliament shared their concerns regarding a security breach after an unknown man was found on the scene.

Following the questioning, the man was arrested on charges of housebreaking and arson. He will also be charged under the National Key Point Act.

Hawks spokesperson Nomthandazo Mbambo confirmed an investigation had begun, however, no motive has been unveiled as of yet.

“The motive for his actions is subject to investigation,“ Mbambo added.

Police have also added that the identity of the suspect will only be revealed after his first appearance in court. And this is expected to be on Tuesday, 4 January 2022.

Throughout the day, at least 70 firefighters came out to try and keep the fire under control, spending hours on site.

However, Public Works Minister Patricia de Lille confirmed yesterday that the sprinkler system in Parliament had not been triggered on time.

An aerial view of the Old Assembly building shows the roof obliterated. President Cyril Ramaphosa has confirmed 1 person is being questioned about the incident. 📸Supplied#ParliamentFire #ParliamentAttack pic.twitter.com/qlbVozyKXm